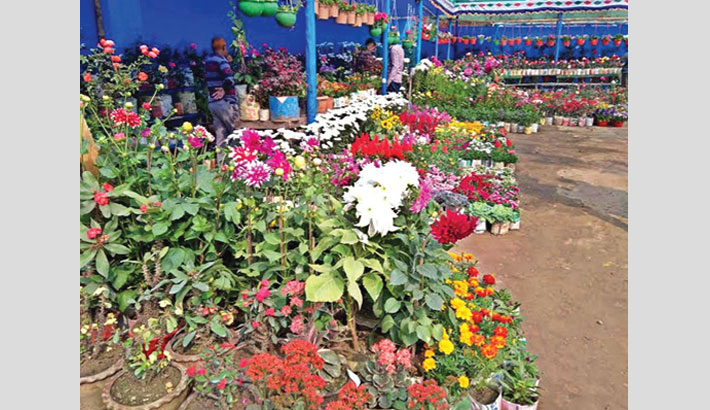 RAJSHAHI: Like the previous years, a five-day ‘One Bank Flower Fair-2020’ began in the city on Friday aimed at meeting the gradually increasing demand of the flower-loving people, reports BSS.

One Bank Limited and Rajshahi Boikali Sangha (RBS) jointly have organised the fair on Moni Bazar premises in the metropolis.

Different nursery owners of the city have set up more than 30 stalls displaying a wide range of flowers.

The fair will remain open for the public in general from 9 am to 9 pm every day till February 18.