Miles To Go Before They Sleep 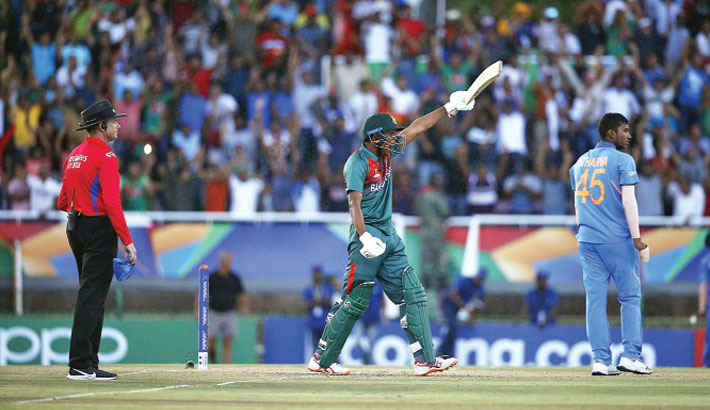 With the junior Tigers clinching the trophy in the recently-concluded ‘ICC Under-19 Cricket World Cup 2020’ held in South Africa, Bangladesh cricket has ushered in a new era overcoming the nervous breakdown and restoring the self-belief that was missing for too long among our cricketers. India was eyeing a record fifth title while their counterpart was looking to script history by upsetting one of the cricketing giants in the world. Despite all the odds they managed to do so leaving behind the old enigma of losing nerves at the last moments. 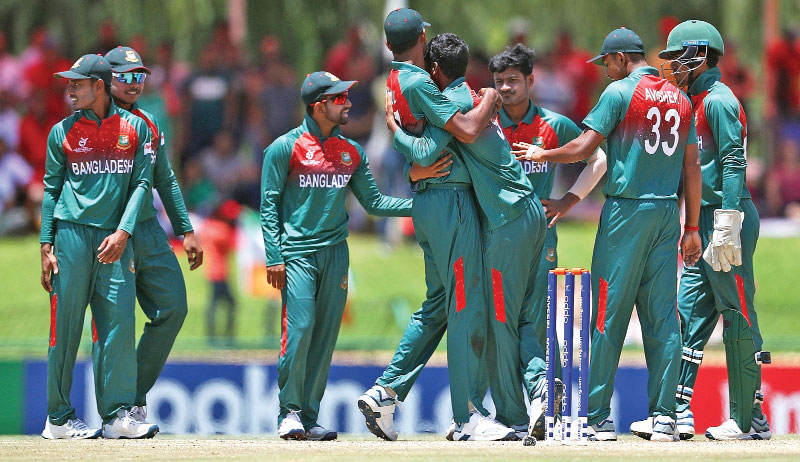 Bangladesh snatched away their maiden U19 World Cup title beating India in the final, but it wasn't an overnight success. Rather, it was a by-product of a long-term planning that was proposed by the BCB game development chairman Khaled Mahmud immediately after they lost the semi-final during the 2016 edition of the tournament held here in Bangladesh.

Their mindset changed after the last World Cup (2018) when they realized that they were losing matches owing to their inability to take control of the game in the key moments. So, first of all, they appointed Naveed Nawaz, former Sri Lanka batsman, as the coach in 2018 who put emphasis on foreign tours. Meanwhile BCB game development chairman Khaled Mahmud, the man known to be playing a major part behind this success, made the board understand the importance of playing overseas. Apart from that, the second thing that was needed in the changing reality was a core team that would remain the same for a long time.

BCB was determined about pulling off their plan with a core group of cricketers and decided to give them maximum exposure abroad within the time frame to make sure they are well prepared to take the challenge in a foreign land. From an Under-17 team in 2018, BCB selected a set of 20 players, from where they picked 15 cricketers for the global event and the list remained unchanged till the end. It was quite unusual in the context of our cricket culture where one of the toughest things to find is patience. But it was not the case during this journey as BCB preferred sticking to their core group of cricketers and had faith on their abilities. “The main secret to our success is that we have played so much cricket and most importantly we did not chop and change the squad,” shared Khaled Mahmud.

Moreover, BCB arranged so many foreign tours, and the team played around 30 plus matches and won 18 of them. “Mental strength has come from two-year 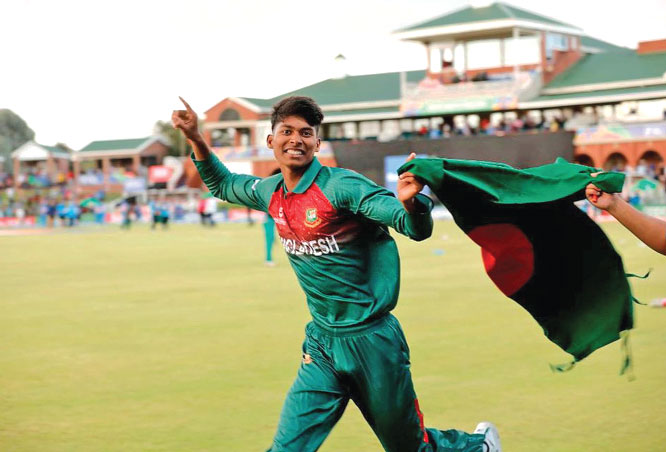 long intense practice session coupled by the game that the cricketers played in the foreign condition”, Mahmud said adding that the boys learnt lessons from their losses as well.

In the meantime, the team left for the host country early with a view to coping with the condition. “Because we couldn't arrange a tour of South Africa in 2018 and 2019, we came to this country a month before the tournament. The bounce of the wickets was a bit high, so we took our time to get used to it. We played four practice matches even before the warm-ups,” Mahmud added. However he did not forget to give credit to other stakeholders as he said, “It had been a joint effort --- by the players, the officials and the board. We had a goal and we knew that we had the ability to play the final.”

Bangladesh skipper Akbar Ali echoed the same sentiment and added that this was just the beginning for them, and they still have a long way to go. “I hope that it will be a stepping stone to our future cricket. It’s just a beginning and we need to keep that momentum going when we will be joining the senior side,” said Akbar.

All said and done, BCB will now face the biggest challenge of nurturing the cricketers as in the past we have seen lots of cricketers getting lost due to inappropriate planning. BCB president Nazmul Hasan looked quite concerned over the fact and added that they were trying to make a way-out plan to make sure that this set of cricketers maintain the temper and replicate their performance in the next level. “It’s a big problem that most of the players who played in the U-19 teams in the past failed to continue their performance in international cricket. We have discussed it for a long time. We know that despite playing a good brand of cricket, they will not get opportunity in the national team at the moment,” said Nazmul. “Then what will they do? If we engage them in the high-performance unit, that will not ensure a place for them in the national team. So, we will come up with a new idea to work this out,” he added.

Under such circumstances we can only hope that BCB will come up with a new plan of action. For the time being let us concentrate on celebration and let the cricketers celebrate their victory. However, the cricketers should not forget that they have promises to keep, and miles to go before they sleep.