‘Chhapaak’ not a flop, trade says it found its target audience 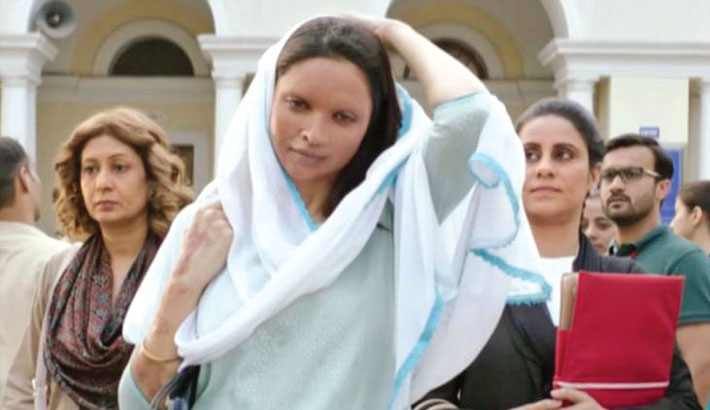 Deepika Padukone’s first production, Chhapaak, not only found its target audience but also made money for those involved. After Deepika Padukone’s visit to the Jawaharlal Nehru University where she stood in solidarity with the students, social media trends such as #BoycottChhapaak started going viral. Deepika and her film also got support with many tweeting #ISupportDeepikaPadukone, reports Hindustan Times.

However, the social media noise failed to affect the film’s box office fortunes which collected Rs 34.03 crore nett and Rs 40 crore gross in two weeks at the domestic box office and Rs 13.03 crore in the overseas market. According to a report on Quint, the film was made on a budget of around Rs 35 crore, including the cost of prints and publicity. It had reportedly sold its music rights for Rs 3 crore and its digital + satellite rights for Rs 23 crore.

On being asked if Chhapaak has recovered its budget, film trade analyst Girish Johar told Hindustan Times, “Yes from all the rights, it seems that Chhapaak actually is not a losing venture. Also, since Deepika herself producED the FILM, her acting fee charged for this film will not be considerable. This, I feel, is one of those passion projects that actors like to do.”

He asserted that the film did reach its target audience. “I personally believe that the kind of film it is or the kind of story it is, it appeals to a very limited audience and that audience watched the film. It is not an entertaining film. It has been seen by those for whom it was made and they have also responded to the film.” Film exhibitor Akshay Rathi is also confident that the makers haven’t lost money. He said, “The film is backed by Fox Star Studios. Star TV and Hotstar fall under the Star Network. They have a very good digital and satellite cloud to recover the costs. It was also not made on a very high budget.”