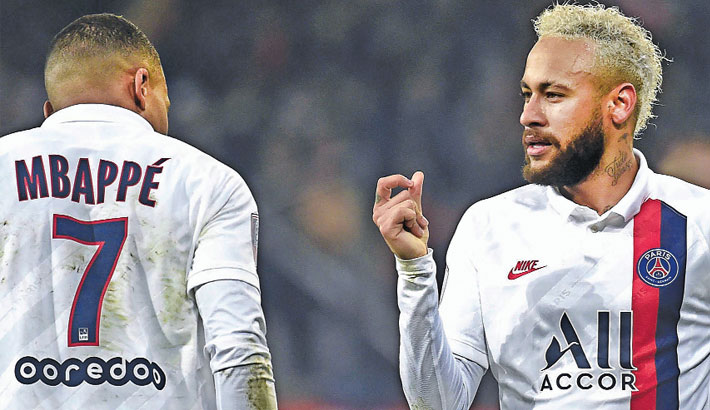 Neymar dedicated his second goal in Paris Saint-Germain’s 2-0 win at Lille on Sunday to basketball legend Kobe Bryant, whose death on Sunday in a helicopter crash shocked the world.

The Brazilian slotted home the 52nd-minute penalty that put PSG two goals up in the French Ligue 1 clash and went over to the television cameras by the side of the Stade Pierre Mauro pitch to make the number 24 with his fingers in honour of Bryant’s shirt number.

“It’s deeply saddening for the world of sport and for all of us,” said Neymar to Canal+ after the win, which put PSG 10 points clear at the top of the league. “Not just for basketball fans, but for everything he did for sport.”

Neymar’s 12th league goal of the season tipped the balance in the Parisians’ favour after a positive start for the home side, who were unbeaten at home ahead of the match.

The Brazilian almost immediately slipped through Mbappe but the onrushing Mike Maignan stopped the France World Cup winner from clinching his 14th top-flight effort of the campaign.

Neymar squeezed his spot-kick just beyond Maignan, who got his hand to the shot but looked on in horror as it made its way in off the post.

“We controlled the match and counter-attacks and this is not easy to do against a good team like Lille.” Lille stay seventh after the defeat, two points away from the European places.