Give public notice for SK Sinha to appear Feb 20: Court 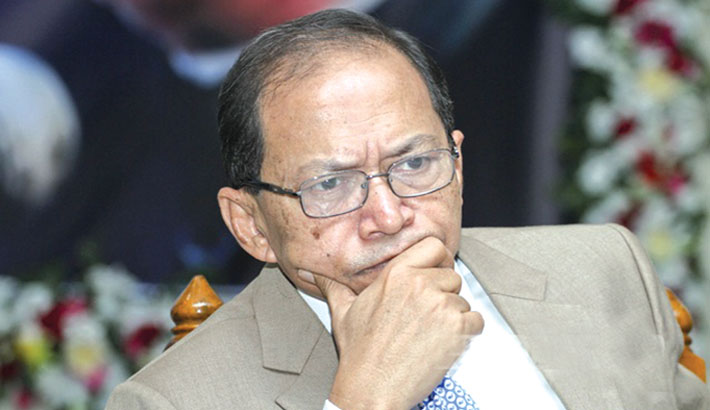 A Dhaka court on Wednesday directed the authorities concerned to give a public notice in two national newspapers asking former Chief Justice Surendra Kumar Sinha and 10 others to appear in court on February 20 in a graft case.

Judge KM Emrul Kayesh of the Senior Special Judge’s Court passed the order on Wednesday following a police report that Sinha and other accused in the case cannot be arrested for going abroad or fugitive.

On January 5, the same court issued an arrest warrant for all the accused as they were shown fugitive in the charge sheet.

The court also took cognizance of the charges against them in the case filed for the alleged embezzlement of Tk 4 crore from Farmers Bank in 2016.

The Anti-Corruption Corruption (ACC) in October last said it found evidence of fraud involving transactions of Tk 4 crore borrowed with fake documents by businessmen Shahjahan and Niranjan from the bank. The money was deposited in Justice Sinha’s account.

On July 10, the ACC filed a case against Sinha and 10 other persons for their alleged involvement with misappropriating and laundering the money.

The then Chief Justice, SK Sinha, went abroad for allegedly receiving treatment after other judges of the Appellate Division expressed unwillingness to work with him for his involvement in corruption and irregularities.

On November 11, 2017, SK Sinha sent his resignation letter from Singapore and is now travels between the United States and Canada.