Rupee settles 3 paise down at 71.11 against US dollar 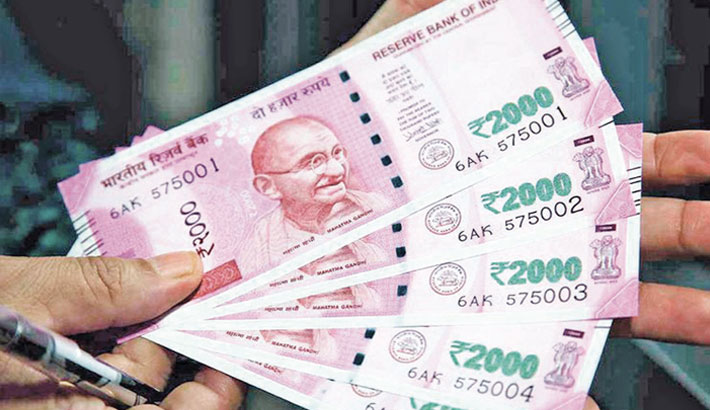 NEW DELHI: The rupee slipped 3 paise to close at 71.11 against the US dollar on Monday, tracking a steady rise in crude oil prices and weakness in domestic equities. Forex traders said the drop in the rupee was largely due to a spurt in crude oil prices following rising tensions in the Middle East and North Africa.

At the interbank foreign exchange market, the local currency opened on a weak note at 71.07 and fell further to a low of 71.15, report agencies.

It finally settled at 71.11, lower by 3 paise against its previous close.

The domestic unit had settled at 71.08 against the American currency on Friday.

Global crude benchmark Brent was trading 0.56 per cent higher at USD 65.21 per barrel on supply concerns after exports from Libya were blocked after a pipeline was shut down by armed forces and a strike at a key oil field in Iraq hit output.

Forex traders said the near term focus will remain on crude oil prices and foreign fund flows ahead of the Budget. So far this month, overseas investors have bought USD 1.71 billion in domestic equities while selling debt worth USD 1.13 billion.

“This week the focus of the market will be on the World Economic Forum. Trump’s speech at the forum will be closely watched for any geopolitical maneuvers, as he has kept few trade related questions lingering,” said Rahul Gupta, Head of Research- Currency, Emkay Global Financial Services.