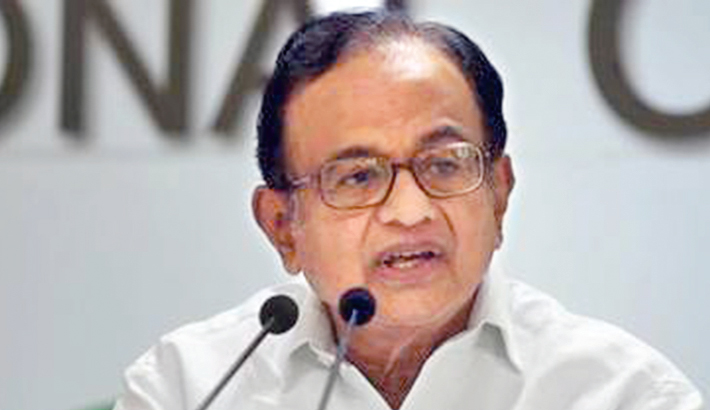 KOLKATA: The Narendra Modi government will not do something foolish like penalising millions if people do not cooperate in the National Population Register (NPR) exercise that is scheduled to start from April 1, 2020, former Indian minister P Chidamabaram said in Kolkata on Saturday, reports The Hindustan Times.

“I hope not. You will have to penalize crores of people. I believe the Modi government will not do something so foolish,” Chidambaram told the media when asked whether there is any provision in the law to penalise someone for not cooperating when NPR and census exercises are rolled out.

The senior Congress leader was in the city to train state party leaders on how to counter the Citizenship Amendment Act (CAA).

“The state (Bengal) is perfectly justified in questioning the constitutional validity of CAA. The state is also entitled to cite law and order situation, widespread opposition among people, the reluctance of state government employees engaged in the exercise and the problems they will encounter at households who do not respond and shut the door. These are very legitimate reasons why the state can tell the Centre that it (NPR) can’t be rolled out on April 1,” he added

The NPR database will be updated between April 1 and September 30 along with the house listing phase of Census 2021.

On Friday, Union minister of state for home affairs Nityanand Rai met representatives from all states to “seek their cooperation” in conducting Census 2021 and update NPR database. Representatives from West Bengal did not attending the meeting as chief minister Mamata Banerjee has announced that NPR will not be implemented in the state. Congress ruled states had sent their representatives, prompting Trinamool Congress leaders to raise questions.

“Participation doesn’t mean acquiescence. When the central government invites officers of state governments to state their cases why NPR should be ruled out, the officers go and attend the meeting to find out what the views of the census commissioner are and place on the table why they are opposing NPR. That is the correct thing to do,” said Chidambaram.

“Several chief secretaries who attended the meeting pointed out the pitfalls in NPR. They can come back and report to the respective chief ministers and the chief ministers can take a final position. Participation in a meeting to know what the other side is saying doesn’t mean acquiescence or acceptance,” the Congress leader added.