US Senate prepares to set Trump trial in motion 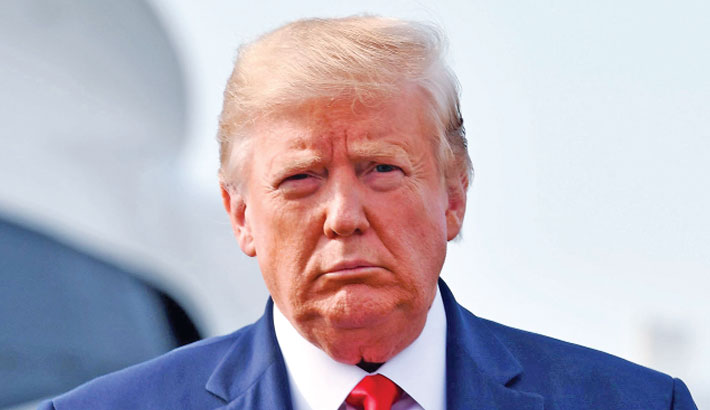 WASHINGTON: Articles of impeachment charging President Donald Trump with abuse of power and obstruction of Congress will be formally read to the Senate Thursday, setting in motion a historic trial that threatens the US leader with removal from office, reports AFP.

Supreme Court Chief Justice John Roberts will then be sworn in to preside over the trial and senators sworn in as jurors, as preparations get underway for an impeachment trial that will open on Tuesday, January 21.

Republican Senate leader Mitch McConnell said that the articles would be formally read to the chamber at noon (1700 GMT), in an announcement following their delivery to the Senate Wednesday.

“This is a difficult time for our country, but this is precisely the kind of time for which the framers created the Senate,” McConnell said, referring to the authors of the US Constitution.

“I’m confident that this body can rise above short-termism and factional fever and serve the long-term best interests of our nation. We can do this, and we must.”

The two articles of impeachment — one for abuse of power and the other for obstructing the House investigation — were delivered in blue folders in a solemn procession by the newly appointed House managers, seven Democrats who will prosecute the case against the president.

“So sad, so tragic for our country, that the actions taken by the president to undermine our national security, to violate his oath of office and to jeopardize the security of our elections, has taken us to this place,” Democratic House Speaker Nancy Pelosi said as she signed the articles. “This president will be held accountable,” she said. “No one is above the law.”

The solemn formalities underscored the grimness of the occasion, Trump becoming only the third US president in history to be placed on trial in the Senate. “We feel we are carrying out the will of the framers of our constitution, and that’s a pretty serious load,” said Adam Schiff, the Democratic lawmaker tapped to lead the prosecution team.

Trump is accused of secretly holding up $391 million in aid to Ukraine between July and September to pressure Kiev to investigate former vice president Joe Biden, the Democratic frontrunner in this year’s White House race.