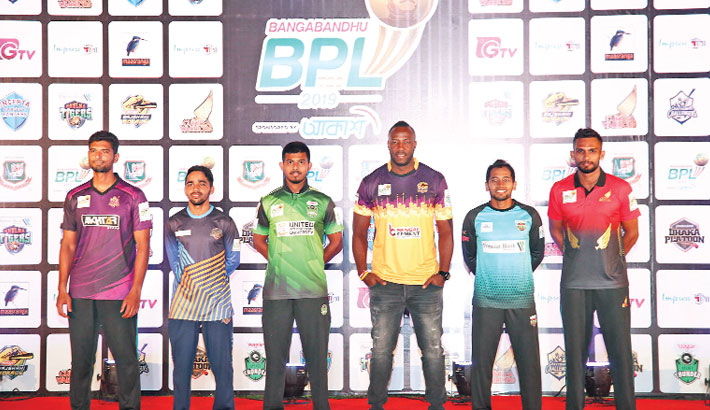 Sylhet Thunders head coach Herschelle Gibbs said on Monday that he is looking forward to instill fearless approach into the mind of his charges as he prepares them up for Bangabandhu Bangladesh Premier League (BBPL).

Gibbs, who arrived a day before, began his maiden stint as the head coach of Thunders at BCB academy premises in the capital on Sunday.

Gibbs said that he is feeling no different playing a coach as he still has that energy which drove him during his heydays.

“No different. I have played with lot of energy and passion and lot of skill as well and that’s what I need to instill in my players that fearless type of cricket into the team that I coach,” Gibbs told reporters as he prepared his team who will take on Chattogram Challengers in the opening game of BBPL at Sher-e-Bangla National Cricket Stadium today.

“Enjoy the stage. It is a big stage, some of my players have not played international cricket so this is the biggest stage that they have played on. I want them to embrace the next couple of weeks and just to show that talent and believe in themselves. There are lot of big names in these tournaments and this challenge is a good one,” he said adding that he still feels that he is young enough to play not just coach.

“I can play for the next ten years. Obviously I think I am young enough to play. You know there are a lot of different leagues that have started. I am especially looking forward to these ones,” said Gibbs.

Meanwhile, Chattogram Challengers oozed with confidence as they prepared to take on Sylhet Thunders but its stand-in captain Imrul Kayes said that regular captain Mahmudullah Riyad’s shoes are too big for him to fill.

“It’s difficult to make a good combination without Mahmudullah Riyad,” said Imrul Kayes on Tuesday after the side’s practice session who will lead Chattogram Challengers in absence of Mahmudullah.

“We will miss his service in the first two matches. We are yet to know, whether any foreign or local player will replace him but it is certain that whoever replaces him, it will be difficult. But at the same time, whoever plays in place of him will try to utilise the opportunity,” he added.

Mahmudullah sustained a hamstring injury during the pink-ball Test in Kolkata last month and is yet to recover from that.

“But still, we are confident to make a winning start because we have got a good mix of local and foreign players,” Kayes revealed. He further said that winning start to the tournament is important to gain the early momentum.

“Everyone wants to make a good start because if we can start well, we will gain the necessary confidence. To start the season well, it’s indeed important to win the first game. Everyone is upbeat and is keen to win the game against Sylhet,” he informed.

Kayes however said that it won’t be difficult for him to adjust with Chattogram team’s environment specially after spending five years with Comilla Victorians in the BPL.

“I know all local players of the team that too personally. So it’s not a problem at all. After playing one or two matches together, I hope I will gel well. The bond will also get stronger after one or two matches,” said Kayes.