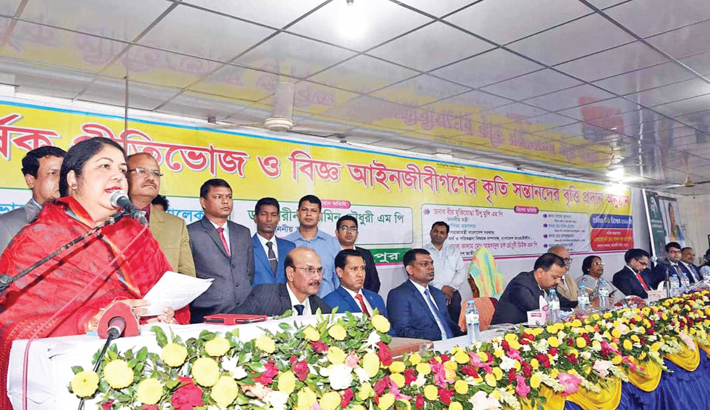 Speaker Dr Shirin Sharmin Chaudhury on Monday said the government is working relentlessly to ensure the welfare of the common people.

“Under the leadership of Prime Minister Sheikh Hasina, massive development activities are underway in Pirganj upazila as elsewhere in the country and Pirganj will be turned into a model upazila in near future,” she said.

The Speaker made the statement while addressing a function on ‘Launching official paddy procurement drive and distribution of cost-free chemical fertilizers and maize seeds’ at Pirganj upazila parishad auditorium in her Rangpur-6 (Pirganj) constituency as the chief guest.

Shirin Sharmin said the present government has taken elaborate agriculture-friendly programmes, including distribution of cost-free fertilizers and seeds among small and marginal farmers.

She directed the authorities concerned to carry out the paddy procurement activities more transparently.

“If we can empower women, half of the country’s population, with different trainings, the dream of building a developed country can be materialized,” she said.

The Speaker also distributed 1,000 pieces of ‘Bandhu Chula’ and sewing machines and tube wells at Bhendabari union parishad premises and addressed a function there.