Corporal Punishment Is an Ugly Stain on the Landscape of Bangladesh 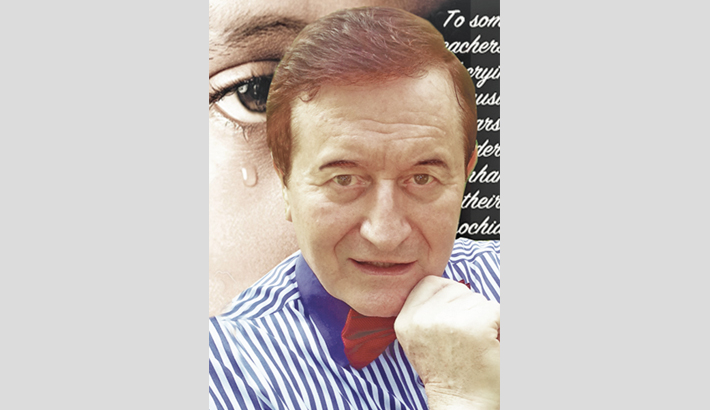 When you play with fire, there’s every chance you’ll get burned. No doubt, getting burned was never the intent, but Murphy’s Law can kick-in unexpectedly and unannounced to most given situations.

Murphy's law is an adage or epigram that is typically stated as: "Anything that can go wrong will go wrong"

Take for example this month. A six-year-old girl died after being slapped by her mother for refusing to eat rice. The incident happened in Hazampara of Shailkupa Upazila, UNB reports.

The deceased was Jannatul, 6, the daughter of Aleya Begum.

Ayubur Rahman, officer-in-charge of Shailkupa police station, said Aleya slapped Jannatul as she did not want to eat the rice. The mother subsequently was arrested.

Here is a good example of what seems like a simple incident getting totally out of hand through corporal punishment. The little girl dug-in her heels and told her mum she didn’t want to eat the rice. The mother felt she needed to “discipline” Jannatul. To achieve her aim she took the dreaded corporal punishment route that always leads to disaster of one kind or another.  I repeat, ALWAYS leads to disaster – it never fails.

The 6-year-old wouldn’t eat the rice, now she’s dead. Such a shame!

Punishment, torture, and death are a bit harsh for not eating rice, but could the mother foretell her demands would have lead to such a horrific conclusion? – I doubt it.

That’s the thing about corporal punishment; once it starts its snowball hill decent the extent of its damage becomes totally unpredictable. What at first begins as a correction, usually something minor – always something minor – and totally insignificant in the grand scheme of things.

The goings-on in some school classrooms would stop your breath and cause your heart to pound uncontrollably in rage. Some children have had horrific bad experiences at the hands of ignorant, mainly unqualified, ‘teachers’ – whom they trusted and relied upon for guidance in helping them get through the formal shark-infested education maze.

Many were brutalised, some even maimed and damaged for life, for something absolutely minor and insignificant like not remembering the lines of a poem or not adding and subtracting correctly.

Since when does adding 2 and 2 together, or subtracting 5 from 10 ¬– and getting the answers wrong – become a punishable crime? Or for not remembering the lines of a Rabindranath Tagore poem? All are trivial and insignificant in the grand scheme of things and certainly does not warrant being beaten, damaged physically, mentally (or both) or in 1000 other ways, and scarred for life. Totally outrageous and inhumane adult behaviour.

It’s a known fact that most accidents to adults and children happen in their homes. Children (sigh…) have the misfortune of being victims to cruelty in both their homes and their schools.

What chance do they have for their smiles to blossom and bloom and they to become responsible decent law-biding citizens if their very Allah-giving loving nature is being beaten and suppressed by ignorant cruel hands?

While allowances can be made for ignorant parents, there’s no excuse whatsoever for ‘teachers’ misbehaving in this manner. They’re allegedly educated and should know better.

The most horrific punishments of all were executed in classrooms regularly up to January 13, 2011. Teachers believed they were doing the children a favour by beating them to a pulp. Ignorance was so rife at the time that even loving parents willingly subjected their children and even gave their permission to the ‘teachers’ to beat their children as they saw fit, believing corporal punishment was actually beneficial for them and ‘teachers’ knew best.

The tapestry of Bangladesh changed on January 13, 2011 when High Court justices Md. Imman Ali and Md. Sheikh Hasan Arif ruled that corporal punishment was banned in all Bangladesh schools and madrasahs. They described corporal punishment as “cruel, inhuman and degrading treatment and a clear violation of a child’s fundamental right to life, liberty and freedom”.

Countless religious organisations performed their own independent studies hoping to find “see, we told you so” justification for the cruelty they inflicted upon their young God-loving, God-fearing devotees. All to no avail. They found nothing in support of the barbaric inhumane practice.

There never was and never will be justification for corporal punishment in ANY setting – home, school or madrasah.

Alan Kazdin, Ph.D., a Professor of Psychology and Child Psychiatry at Yale University, who carried out extensive studies on the subject recently said: “You cannot punish out the behaviours that you do not want. Therefore, there is no need for corporal punishment. Corporal punishment is a horrible thing that does not work.”

If teachers want respect from pupils, they must earn it. Respect is never freely given.

To a child, a good teacher is very special – a substitute parent, who watches over, cares, protects, teaches, encourages, and guides them in all that they do. In return the teachers are shown love, respect and admiration for the rest of their lives, long after the pupils have graduated, got married, have families of their own and sending their children to school.

Any ‘teacher’ who inflicts corporal punishment on a child has a snowball’s chance in hell of getting the child’s respect and admiration. Sadly, in this day of mass media and enlightenment, many, monstrously, keep trying.

Sir Frank Peters is a former newspaper and magazine publisher and editor,

a royal goodwill ambassador and