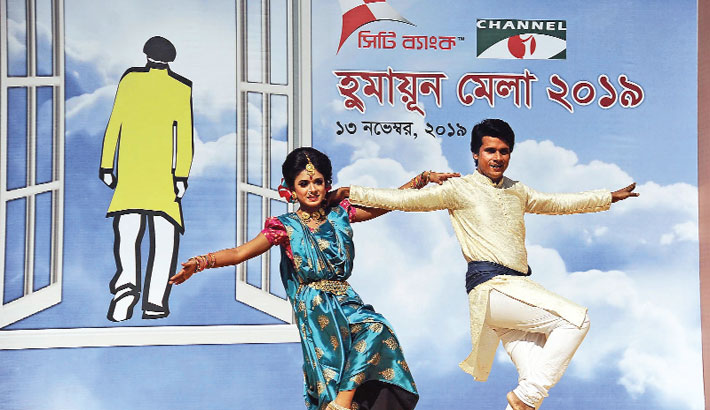 A special programme titled ‘Humayun Mela’ celebrating the 71st birth anniversary of famous novelist, dramatist and film director Humayun Ahmed was held on Channel i premises in  the capital’s Tejgaon area on Wednesday .

The celebration began at 11:05am through releasing yellow balloons. Himus, fans of one of Humayun’s famous characters, appeared at the programme with yellow attire. They, along with Rupas, fans of another female character, cut a cake in celebration of the birthday of Humayun Ahmed. 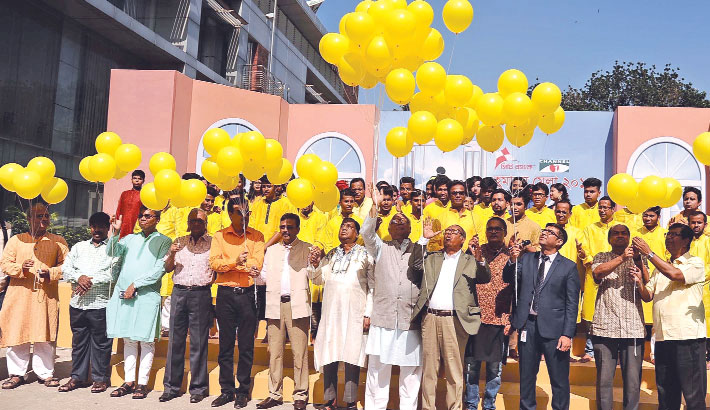 Apart from, the Humayun Mela had Humayun’s book stalls and a drawing competition for kids.

Since the death of the celebrated author, Channel-i has been organising this special programme every year marking his birth anniversary.