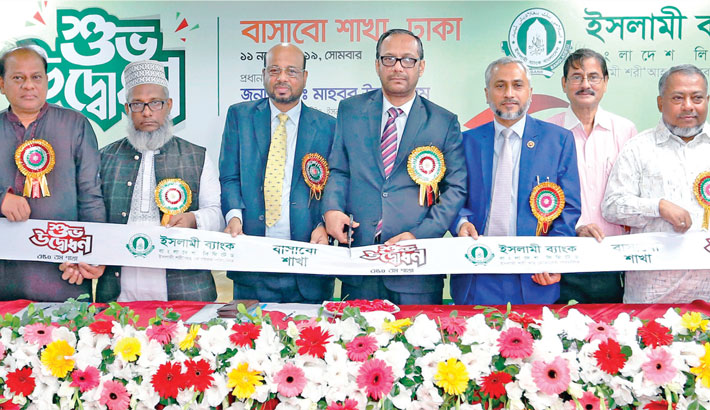 Islami Bank Bangladesh Managing Director and CEO Md Mahbub ul Alam inaugurates the 350th branch of the bank at Central Basabo in the city on Monday. 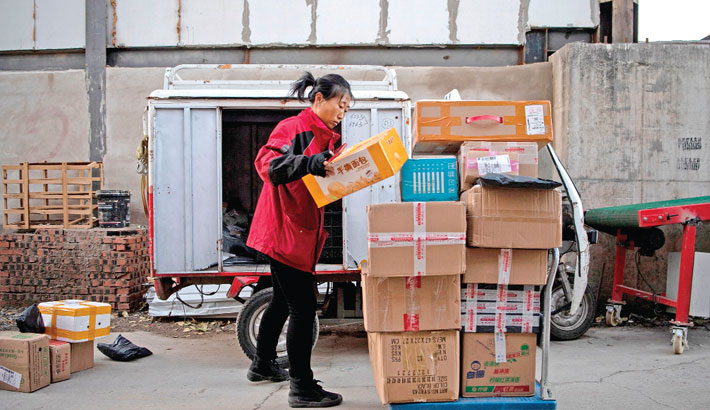 A worker sorts out packages at a delivery company warehouse to be delivered to customers during "Singles' Day" -- the world's biggest 24-hour shopping event -- in Beijing on Monday. Chinese consumers closed in on a new spending record Monday during the annual "Singles' Day" frenzy, the world's biggest 24-hour shopping event, which kicked off this year with a glitzy show by US megastar Taylor Swift. 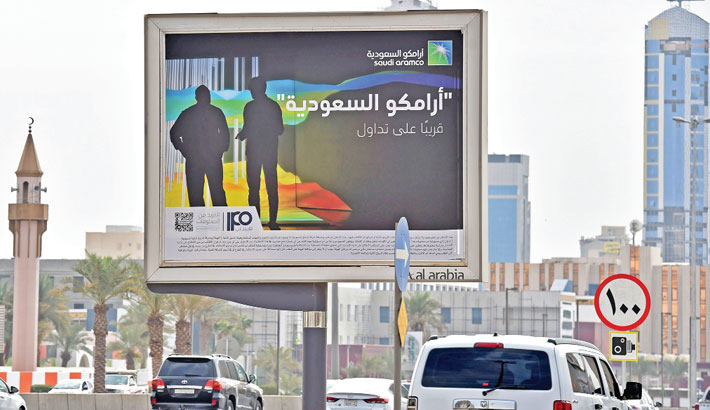 A billboard displaying an advert for Aramco is pictured in the Saudi capital Riyadh on Monday. From robots to sniffer drones, Saudi Aramco has ramped up spending on technological innovation while its rivals cut back amid soft oil prices, but the energy giant risks losing its edge after its much-anticipated IPO. Saudi Arabia is offering a sliver of the company, touted as the kingdom's crown jewel, in its upcoming initial public offering that is the bedrock of Crown Prince Mohammed bin Salman's ambitious strategy to overhaul the oil-reliant economy. 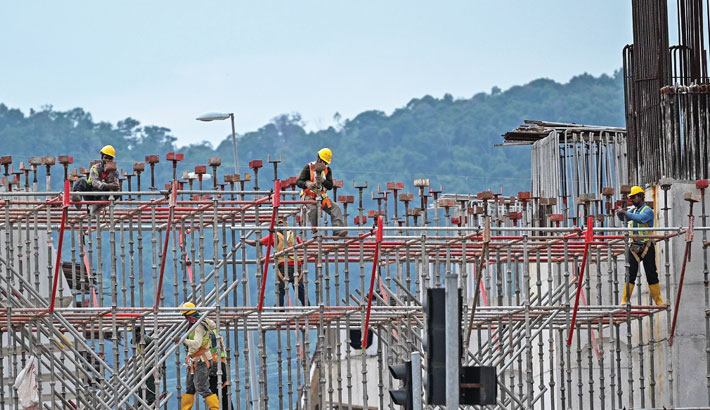 Workers set up iron scaffoldings at a building construction site in Kuala Lumpur on Monday. 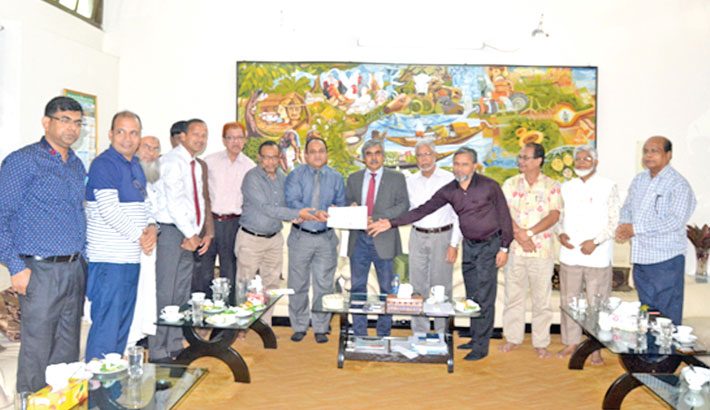