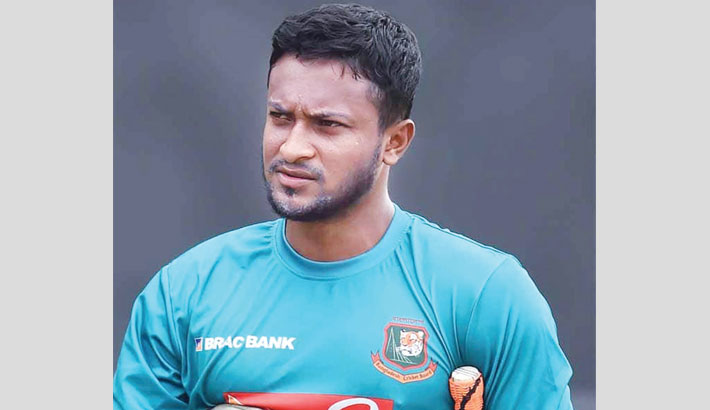 Off late BCB has been very vocal and they dismissed two local coaches for not fielding leggies in their playing eleven.

“It is bizarre how for so many years we couldn’t select a leg-spinner for the senior team, but suddenly we made plans to include seven leg spinners in BPL,” Shakib was quoted

“This decision does come as a bit of a surprise, but I would still state that the board has taken a decision that it thinks is beneficial. I think that leg spinners should bowl a lot of overs in first-class cricket to gain confidence and consistency. BPL is an international-standard competitive tournament where you will face scenarios that you are likely to face in international cricket. You share the dressing room with overseas cricketers. It is not the place to develop players,” told Shakib.

BCB had stated that every team participating in the upcoming BPL will have to play a leg spinner and a pace bowler who bowls over 140 kmph in the playing eleven.

The decision of the bowler quotas were put in place with a view to tackle national team’s batsmen’s struggle against both the leg-spinners and pace bowlers with express pace. But Shakib said that there’s more to focus on than just pace or leg-spin.

“Only focusing on the national team shouldn’t be the main goal of the organisers. Places like Chattogram, Rajshahi, Khulna and Sylhet should have a proper gym, running and indoor facilities. You cannot bat for more than fifteen minutes at Mirpur, because of the heat. They haven’t installed ACs even after being told for ten years. It is quite disappointing, especially when we see indoors in other countries which have clear lighting and air-conditioners,” told Shakib.

“It is a very small amount for a cricketer to maintain the minimum standard of living in Bangladesh. Things are getting costlier. Government officers get increments every year, but we see that our salaries remain the same every time. It even gets reduced sometimes. BPL and Dhaka Premier Division Cricket League can be taken as examples,” told Shakib.

“I always get a feeling that cricketers in our country are being suppressed. This is not right. Everyone should get equal opportunity. A player should be left on his own to earn what he feels he deserves. If the team doesn’t want to rope in the player at that price point, the player will deal with it. But to deny him the opportunity to negotiate is not right,” he added.

Shakib said that he along with the seniors are keen to sit BCB high-ups so that their voices are heard.

“If the decision-makers think that they don’t need to sit with us, in that case we don’t have not much to do. I think discussion between board and players will help cricket’s development,” said Shakib adding that he is glad that focus was laid on fitness in the recent past.

BCB introduced the beep test in the NCL last year with the minimum requirement of nine points. However, the cut-off point was increased to 11 points for the upcoming season.

“But I am glad that they are focused on cricket’s development. For example, BCB’s concern about fitness although they could have announced it earlier, is certainly a step in the right direction,” concluded Shakib.