Banning Student Politics Is Not a Solution 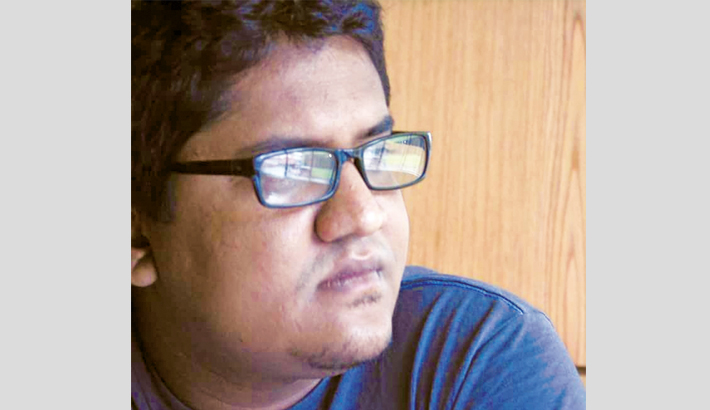 Bangladesh University of Engineering and Technology (BUET) authorities have announced a ban on all kinds of political activities of all organisations on its campus amid the protests of the students following the brutal killing of Abrar Fahad. Abrar Fahad, a second year electrical engineering student of BUET was tortured and beaten to death by political student leaders for sharing his critic views about Bangladesh government on Facebook. How pathetic! On the other hand, student politics in Bangladesh has a glorious past.

Student politics have played a leading role in national political movements in Bangladesh, including the 1952 campaign to make Bengali a state language in what was then East Pakistan, and the 1971 war of independence against Pakistan. Student participation in the struggle for freedom in 1971 will be ever recognised as an act of selflessness. The mass movement of the ’90s, which paved the way to democracy, is witness to the role of All Parties Student Alliance in toppling down the military regime of General Ershad. Even student unrest in August 2007 showed how quickly frustration with military rule can boil over.

It is unfortunate for the government that military dictators have destroyed student politics. Ziaur Rahman and Ershad destroyed the student politics giving arms and money to students. Among them, Ziaur Rahman spoiled the overall ethics of politics for which many politicians now get involved in politics to earn money. Bangabandhu’s government did not show any mercy to the killers in the seven-murder incident at the Dhaka University’s Mohsin Hall in 1974. But when General Ziaur Rahman seized power after the 1975 coup, he pardoned all of them for apparent political mileage – an alleged buy-off for supporting the military government.

Bangladesh Chhatra League (BCL), the oldest student organisation, played heroic role in language movement. It has contributed a great deal to the education commission movement in 1962, six-point movement in 1966, 11-point movement in 1969, the Liberation War in 1971, the Anti-Autocracy Movement in 1990 and other movements of the country. But the way a group of BCL men killed Abrar is an evidence of Shibir style killing. The question then arises, are they really BCL men? In fact, Shibir infiltration in BCL is formally secret but actually a known issue after Awami League came to power in 2009 and their activities are still a big headache for the Awami League high command.

In a public speech in 2010 the Awami League President Sheikh Hasina told that- ‘Some BCL leaders gave shelter to Shibir and Chhatra Dal activists over factional feuds in the BCL. These feuds must stop’. Prime Minister warned BCL men that they are collecting information and preparing a list of Chhatra Shibir and Chhatra Dal activists who infiltrated into BCL and are committing violence in public universities and colleges. In 2010, the then Awami League general secretary Syed Ashraful Islam alleged that Islami Chhatra Shibir members had infiltrated top ranks of the pro-ruling party Bangladesh Chhatra League. In the same year Awami League presidium member Syeda Sajeda Chowdhury asked the members of the BCL to organise a system of identity cards, to help prevent infiltration of the Jamaat-e-Islami-backed Islami Chhatra Shibir men into their fold. Shibir’s support has historically been concentrated in particular areas and university campuses, where it has a reputation for violence. Shibir campaigns for Islamisation of the education system. It also encourages students to pursue Islamic studies and prepares them to take part in the struggle for establishing Islamic rule. It is simply opposed to modernisation, secularism and democracy.

Banning student politics is not a solution. Authorities should impose a ban on religion-based student politics in the educational institutions. Dhaka University Central Students’ Union (Ducsu) have recommended recently that the university ban the politics of all religion-based political organisations on the Dhaka University campus. It’s a good move indeed. But still Chhatra Shibir has somehow influence in most of the educational institutions. Activities like managing students’ accommodations, helping poor students financially, helping out students in the risky situation they may find themselves in and attraction to practising Islam are all important causes which attract student to join Chhatra Shibir in academic institutions.

If some students form a unity based on a particular issue, thereafter they can be divided into different groups for their further different interests or purposes. And then different groups can form various student organisations. It is common in developing counties that students’ organisations are always biased by national politics because of their socio-economical and overall social conditions. In the case of Bangladesh, I firmly believe that student politics ought to be associated with national politics. So the banning of student politics may result in many hazards and anomalies. The students would not get the scope to culture politics, whereas this culture is essential for the wellbeing of the country. Most importantly, student politics and unions are important as they act as a mediator between the administration and the student population and because they have the power to work for the welfare of the students. But now we should think seriously about the religion-based student politics. Shouldn’t we?