None to be allowed to run casino illegally 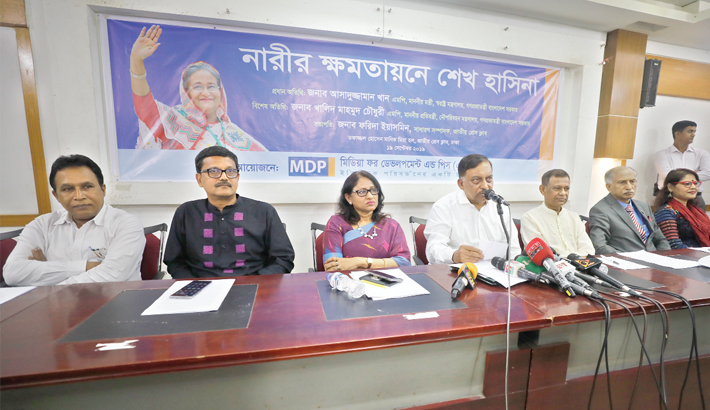 None will be spared for running casino business illegally in the country, said Home Minister Asaduzzman Khan Kamal on Thursday.

He came up with the remarks while addressing as the chief guest at a seminar organized by ‘Media for Development and Peace’ (MDP) titled “Sheikh Hasina in Women Empowerment’ at National Press club in the city.

The minister said, “You might have noticed that she (Prime Minister) does not spare anybody. It is her decision that whoever does any wrongdoing will have to face music. Even, the parliamentarians are not excluded from this.”

Kamla said “We haven’t given any permission to run casino. However, some are doing the business illegally. Those, who want to run casino, will have to take permission from government.”

“We will not allow anyone to run casino secretly and illegally. But we are giving the bar license at mega hotels and big clubs including Dhaka club,” he said

Justice AHM Shamsuddin Chowdhury Manik said, “The empowerment of women has taken place during the tenure of the Sheikh Hasina led government.  Huge number of women are now working in various sectors, including judiciary, administration, education, RMG, and police department.”