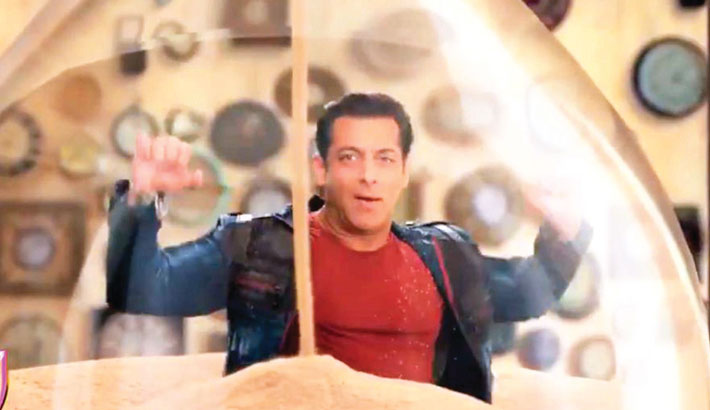 The makers of Salman Khan’s Bigg Boss 13 unveiled a new promo of the upcoming reality TV show. It features Salman, who tells audience there will be some twisted stuff this season and reiterates that the show will end in four weeks, reports Hindustan Times.

In the video, Salman is inside an hour glass. As sand fills up the lower part of the hour glass (where Salman stands), he can he heard telling the audience to expected some ‘tedha (twisted)’ things happening in this season. He also mentions that the season’s finale will happen in four weeks’ time. The makers teased the first promo of the show in August, where Salman turned into a railway station master. In the promo video, Salman, as a station master, can be seen explaining the concept of the game. Salman revealed that the upcoming season would feature only celebrities as contestants and they will get a chance to reach the finale in just four weeks. Adding his quirk to the video, the superstar concluded the clip by saying, “Yeh season hai mera, bohot hi tedha (This season is mine and quite twisted).”

In early September, a second promo was released which featured Naagin actor Surbhi Jyoti and TV actor Karan Wahi, apart from Salman. In the video, we see Salman and Surbhi in a gym. Salman gives Surbhi a bouquet of flowers, telling audiences that only celebs will fight it out this season (the last season’s commoners’ theme didn’t work well). Minutes later, Karan walks in and snatches the bouquet from Surbhi. An angry Surbhi, steps down from the treadmill and both start fighting. Salman, the ringmaster, says the participants will do as he asks them to. As he says ‘start and stop’ repeatedly, the duo ‘begin and stop’ in accordance.