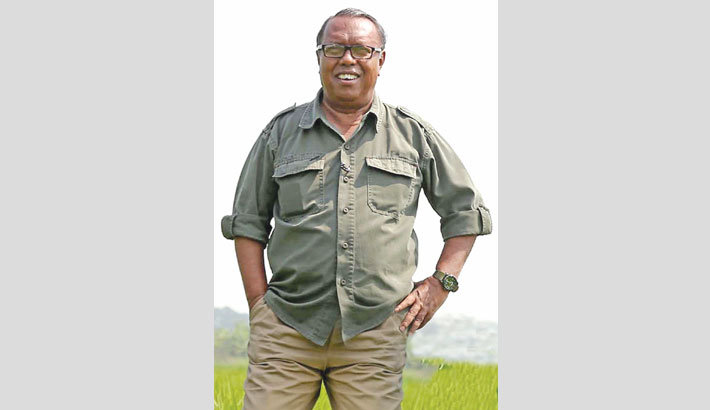 He was born in Chandpur on September 7, 1954. He took his master’s degree in Geography from the Dhaka University. Since his student life, Seraj has been deeply involved with media, cultural and development activities.

He became extremely popular as the host of the famous agricultural documentary 'Mati O Manush'.

Shykh Seraj received the highest state accolade Ekushey Padak for his brilliance in development journalism as the youngest ever at age 39 in 1995.

He has been a forerunner of development journalism in Bangladesh for over three decades. Due to his relentless broadcasting of news, news-features and publications, farming sector has been blessed with optimistic change.

For persistent contribution to developing the state of farmers and knocking the policy level for inspiring farmers, Ashoka Fellow Shykh Seraj was awarded the highest honour of an agricultural journalist, United Nation’s FAO AH Boerma Award for the period of 2008-2009.

He  also  received  UK’s  BCA Golden  Jubilee  Honour  Award  along  with prestigious  recognition  from British  House  of  Commons,  along with  more  than  fifty honours and accolades. Seraj has implemented television media to make a bridge between urban and rural people.

Besides  his  role  as  regular  host  and  director  for  Channel  i  and  BTV  agricultural programmes, Shykh Seraj is writing regularly for famous newspapers and magazines.