Bigg Boss 13: Salman is back in first promo of new season 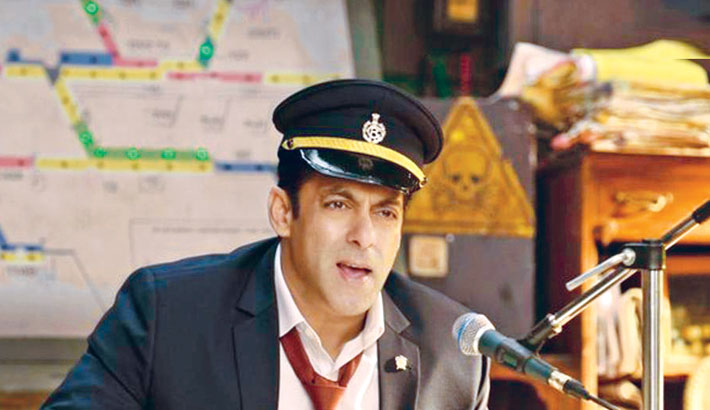 Days after sharing the first look of host Salman Khan, the makers of Bigg Boss 13 have unveiled the first promotional video for the highly-anticipated and controversial reality show, reports Hindustan Times.

Salman is seen inside what looks like a cabin at a railway station platform. The entire set-up is shaking throughout the video, giving an impression that the tremors are due to the trains passing by. Salman says in the video, “Kripya dhyan dein is baar Bigg Boss ki gadi hogi Sitara special. Chaar hafton me pahuchaiyegi finale pe, tatkaal. Uske baad bhi celebrities kurta faad ke banaenge rumaal.Jaldi aaiye warna pachtaaiye. (Please pay attention! The Bigg Boss vehicle will be star special this time. It will take us to finale quickly, in four weeks.

He wraps up the promo saying, “Is baar, the season is mera and bahut hai tedha. (This time, the season is mine and it is quite twisted).” The new promo suggests that it will be a much shorter season – the show usually goes on for three months. The 13th season is also likely to get back to celebrity-only contestants as Salman mentions in the promo.

While there have been several lists doing the rounds for who will be the contestants on Bigg Boss 13, nothing has been confirmed yet.

Reacting to reports of being approached, TV actor Rashami (of Uttaran fame) claimed she was never offered the show. Sandhya posted a screenshot of a WhatsApp conversation in which a PR representative had approached her for the show and she said they should ‘never’ consider taking her on the show.

Comedian Rajpal Yadav has acknowledged that he was offered the show but added that he cannot participate. “Like every year, this year too I have been offered the show, but due to prior film commitments I won’t be able to do the show. I love watching the show and the format is also quite entertaining. But I am not doing this season. My best wishes to the people who will be a part of it,” he earlier told ETimes.

Actor Zareen Khan also tweeted, “I’m amused to read news articles about me which I’m not aware of myself. The news about me being in #BiggBoss13 is completely FALSE.”

The final list is officially announced only when the show premieres. The tentative date for the show’s premiere is September 29.