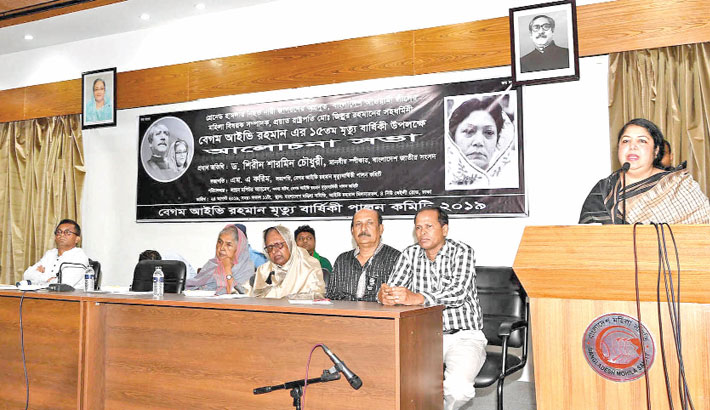 Speaker Shirin Sharmin Chaudhury on Saturday said that the 21 August grenade attack was carried out to kill Prime Minister Sheikh Hasina and make the country leaderless.

“It is a rare incident in the world that such heinous attack was made using the state machinery,” she said while addressing a programme marking the death anniversary of Ivy Rahman at Mahila Samity in the capital.

Some 24 people, including Awami League women affairs president Ivy Rahman, were killed in the grisly attack on Bangabandhu Avenue in 2004.

“Ivy Rahman always worked for promoting women in the field of politics. She will remain alive among the womenfolk for her effort in empowering women,” she said.