New James Bond film is No Time To Die 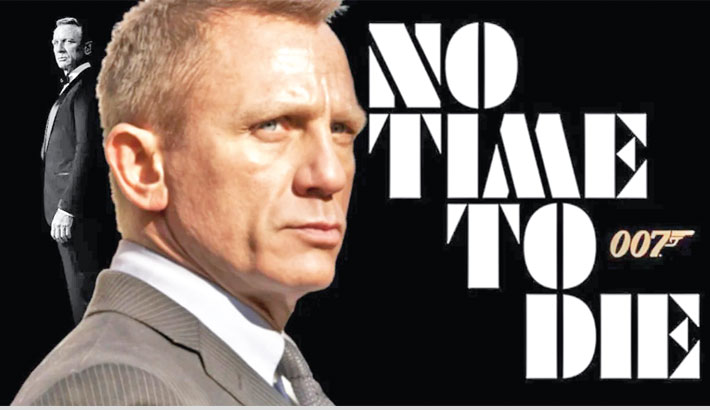 Daniel Craig’s last outing with the James Bond franchise now has a title. On Tuesday, the makers of the popular spy franchise unveiled a title teaser. The film will be called No Time To Die, report agencies.

The tweet also revealed the release date of the film. In the UK, it will hit the screens on April 3, while the US will get to watch the spectacle on April 8. The short teaser shows Daniel take a stroll as the title is gradually revealed. According to a report in Hollywood Reporter, the choice of the title could be a ‘politely passive aggressive rebuttal’ of director Danny Boyle, who wanted to kill the character, a fact that reportedly didn’t go down well with Eon, the producers of the film. Danny was supposed to direct the film. Eon relieved Danny of the job and brought in Cary Fukunaga. They believe that just because Daniel Craig won’t be seen in the role after this film, doesn’t mean the franchise has ended.

The report adds that the plot will see a ‘retired’ James Bond being called back to duty after it is discovered that a scientist has been kidnapped by a notorious criminal, out to cause havoc, armed with a “dangerous new technology”. The report adds that while the title reveal press note makes no mention of it, it was confirmed last month that Bond’s arch rival Blofeld will be played by actor Christoph Waltz.

The Cary Fukunaga directorial is likely to take a more ‘retro approach’ and avoid the more modern trappings, given to the character in the last couple of films, notably the realistic Casino Royale and the more reflective, Skyfall. The ‘70s style font used in the title logo in the teaser has been cited as evidence in the report. With No Time To Die, we will taken back to the world of Sean Connery and Roger Moore.