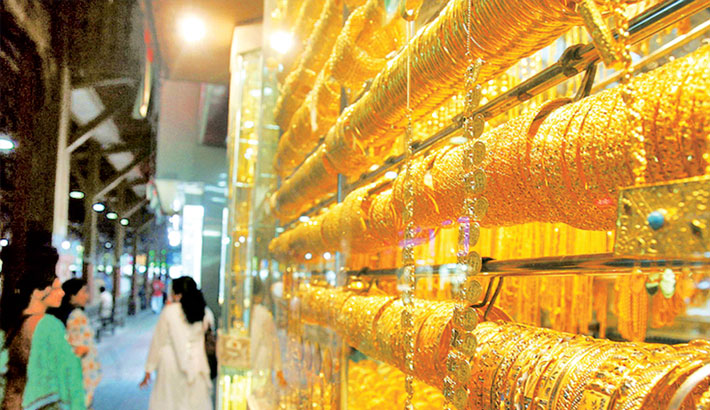 Dubai: Even promotions are not helping UAE’s gold jewellery retailers as they once used to. With shoppers staying away, third-quarter are sales likely to end up anywhere between 8-15 per cent lower than in recent years. Some market sources believe it could end up even lower.

Blame gold prices for this complete lack of demand, with the official Dubai gold rate at Dh171.75 for a gram of 22K. And if global market circumstances change further, it could even push all the way to Dh180 and over, market sources worry, report agencies.

“Jewellery retailers can waive off making charges, offer gold exchange schemes and free coins — but when there is a more than Dh10 a gram difference between July and this month, no one can waive that off,” said Cyriac Varghese, General Manager at Sky Jewellery. “The third quarter is typically the lowest point for gold buying... but this year, it has dropped by a further 15 per cent or so.”

According to Abdul Salam K.P., Executive Director at Malabar Gold and Diamonds, the drop in demand is one of worst in recent times.

“Last year same time, prices were in the range of Dh140 a gram or so, and there was reasonable demand at those levels,” Salam, who is also on the board of Dubai Gold & Jewellery Group, said. “From those levels to now, the decline would be in the 20-25 per cent range. It’s proving to be a bad time for gold in the UAE.”

This could well be a make or break week for gold, the outcome of which will have a significant say on whether UAE gold shoppers are willing to commit.

Everything hinges on what one man — Jerome Powell, the US Federal Reserve chief — may have to say at the annual bankers’ summit in Wyoming, USA.

If he signals more US interest rate cuts, when the Fed meets late next month, then gold is in for another ride — a not so merry one for shoppers — on the higher side.