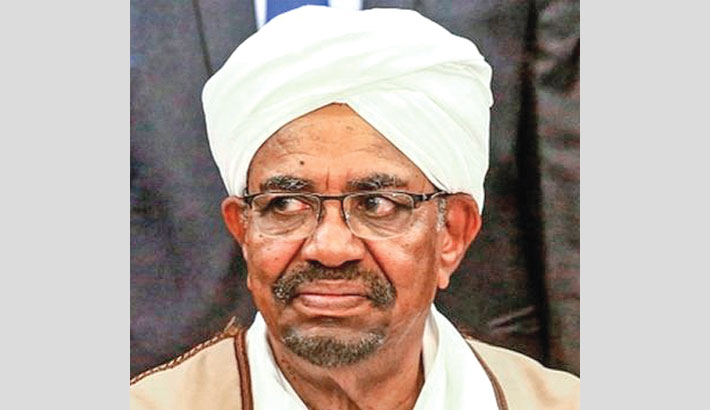 The former president, who was forced from power by months of protests in April after 30 years in power, sat in a metal cage wearing a traditional white gown.

His relatives chanted “Allahu Akbar” (God is greatest) as proceedings got under way in the Khartoum court where he arrived in a huge military convoy. Bashir faces a raft of charges of war crimes, crimes against humanity and genocide from the International Criminal Court over his role in the Darfur war but Monday’s trial is over graft allegations.

Large amounts of cash were found at this residence after he was toppled and the investigator said the case brought forward to the court probed some of that money.

“The accused told us that the money was part of a sum of $25 million sent to him by Prince Mohammed bin Salman to be used outside of the state budget,” investigator Ahmed Ali said.

According to him Bashir had said he also received two previous payments of $35 million and $30 million from Saudi King Abdullah, who died in 2015.