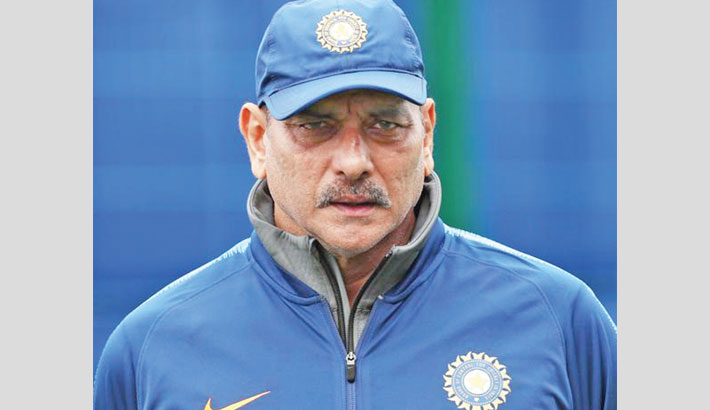 Ravi Shastri has been reappointed as the head coach of the senior men’s Indian team and will remain in charge until the T20 World Cup of 2021 to be played in India. The confirmation came on Friday (August 16) evening following the completion of the selection process by the Kapil Dev-led Cricket Advisory Committee (CAC), reports Cricbuzz.com.

“He [Shastri] knows the boys well, knows the problems well and he knows what needs to be done. If someone knows the system and knows the players well, he has the advantage,” said Anshuman Gaekwad, one of the members of the CAC.

Shastri, 57, was one of six applicants shortlisted for the job, although as incumbent coach, his candidature to the recruitment process was given an automatic entry. Other applicants shortlisted for the interview included Lalchand Rajput (India team manager at WT20 2007), Robin Singh (former India fielding coach), Tom Moody (Sri Lanka coach at WC 2007), Mike Hesson (New Zealand coach at WC 2015) and Phil Simmons (West Indies coach at WT20 2016).

The CAC also revealed that Mike Hesson and Tom Moody finished second and third in the standings on the basis of their impressive presentations. Each of the interviewed candidates were marked out of 100 on parameters including: Coaching Philosophy, Experience of Coaching, Achievements in Coaching, Communication, Knowledge of Modern Coaching Tools.

The interviews were conducted on the morning of August 16 by CAC members, Dev, Shantha Rangaswamy and Anshuman Gaekwad. While Rajput, Hesson and Robin Singh were present in Mumbai for the interview, Moody and Shastri made their presentations remotely through video conferencing. Simmons, who recently coached Afghanistan at the 2019 World Cup, excused himself from the running citing personal reasons.

Shastri’s reappointment was widely expected given his working relationship with India captain Virat Kohli. The latter even publicly voiced his support for Shastri at the pre-departure press conference ahead of the tour of West Indies. Shastri, who had a previous stint as team director between 2014-16, lost out to Anil Kumble in 2016 and then later succeeded him in July 2017 after the infamous Kumble-Kohli fallout.

In his just-concluded tenure, Shastri presided over 11 Test wins (played 21, lost seven) including a historic series win in Australia. India held on to their No.1 ranking on the Test charts but suffered reverses on the tours of South Africa and England. In this period, India also won 44 of their 61 ODIs and made the semifinal of the 2019 World Cup. They also won 25 out of the 36 T20Is during this reign.

“What Shastri told us was what he had done in the last two years and where we need to improve. He also told us what help he needs,” Dev said.