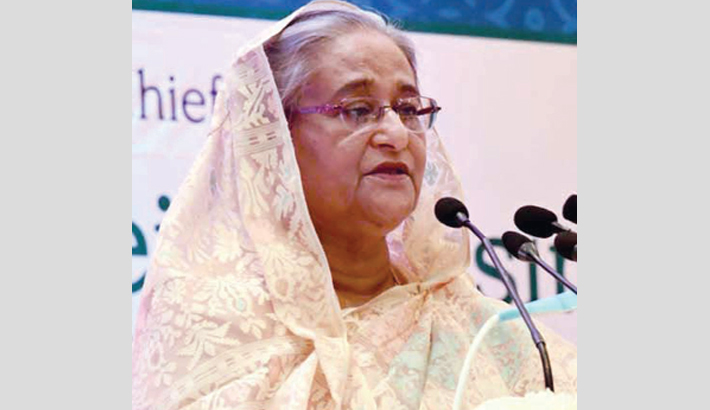 Prime Minister Sheikh Hasina on Thursday proposed the need for preparing a roadmap to promote Islamic tourism as a global brand to unlock the potentials of its rapidly growing market, reports UNB.

“The value of Islamic tourism market will increase to $243 billion by 2021 with an annual 8.3 percent growth. So, we’ll have to take all-out efforts and prepare a roadmap aimed at promoting Islamic tourism as a global business brand, which will attract tourists further,” she said.

The Prime Minister made the remarks while inaugurating the two-day official celebration programme of ‘Dhaka the OIC City of Tourism-2019’ at Intercontinental Hotel in the city.

According to a report, the number of Muslim tourists will rise to 180 million by 2020 from 156 million. By 2020, the world’s Muslim population will be 26 percent, she mentioned.

A Thomson-Reuters report says, Muslim populations have globally spent a total of $151 billion on travel in 2015 (excluding Hajj and Umrah). Of the amount, OIC member states contributed $109 billion, the PM noted.

Sheikh Hasina said tourism is the fastest-growing sector greatly contributing to the generation of foreign exchange and employment across the world.

“There’s an urgent need to flourish our tourism sector (to attain our development targets). In this case, Islamic tourism is the best possible area where we’ve the opportunity and potentials to work together,” she said.

She said Bangladesh also has the scope to develop the waterway tourism with the countries having border with the Bay of Bengal.

“The matter has already been discussed and some measures have also been taken in this regard.”

About the world’s longest marine drive along the 127-km sandy sea beach in Cox’s Bazar, she said, “If the OIC countries want, we can designate and develop a particular place on the sea beach for the tourists from the countries.”

“Since we want to develop our tourism sector internationally, we can also designate and develop a separate place for the tourists from the western world,” the Prime Minister told her audience.

Hasina said the government has already constructed an international cricket stadium. “We’ll also construct a football stadium. We’ll construct a convention centre so that various programme can be arranged there. We’re taking plans for these.”

An audio-video presentation was made at the programme highlighting the heritage and tourist spots of the 400-old Dhaka city.