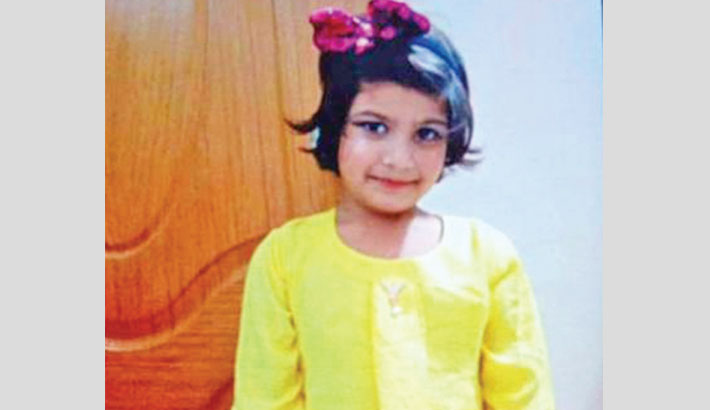 A seven-year-old girl, who was found dead on the eighth floor of an under-construction building at Wari in the capital on Friday, was raped before murder, police said.

Samia Akter Sayma, daughter of Abdus Salam, also a student of Silverdale School, was found dead on the eighth floor of an under-construction building at Wari in the capital, said Azizur Rahman, officer-in-charge (OC) of Wari police station.

She was living with her family on the sixth floor of the under-construction  building. She went missing after playing with her mates in the evening.

DNA test and other examinations confirmed that Sayma was raped and then strangled with a rope, Dr Sohel Mahmud, head of the DMC Forensic Medicine Department briefed journalists around 2:00pm after an autopsy on her body.

The ill-fated girl’s father, Abdus Salam, filed a case in this connection with Wari police station.