Maldives seek foreign help to deal with IS fighters 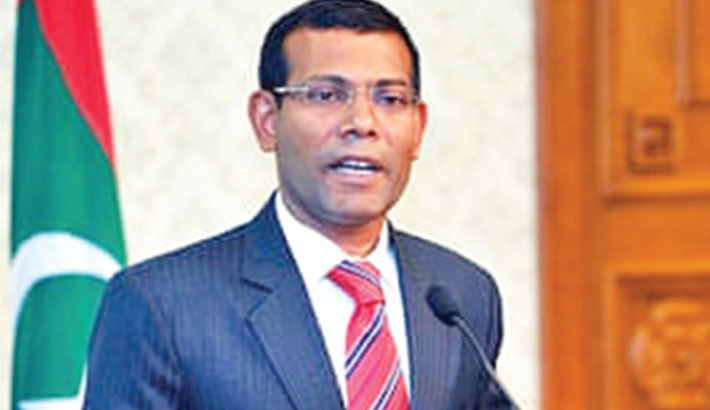 COLOMBO: The Maldives Saturday called for international help to rehabilitate up to 160 of its nationals languishing in Syrian detention camps after the defeat of the Islamic State group, reports AFP.

Speaker Mohamed Nasheed said the Maldives kept a close tab on citizens who had joined the militant group, but that the island nation was not ready to accept them back without an internationally supervised reintegration programme.

Visiting neighbouring Sri Lanka where 258 people were killed in jihadi attacks recently, Nasheed said the question of foreign IS fighters in Syria should be addressed as a global issue. As many as 160 Maldivians are thought to be held in detention camps after the fall of IS in March.

“We do not know the situation they have gone through. We don’t have the capacity to rehabilitate these people to the extent that they will not have a further impact on society,” Nasheed said.

“I think the international community should join together and decide what we should do to the returnees. Hopefully, there is an international arrangement where they are first received, not necessarily to their countries of origin or nationality.” He said the Maldives was concerned about the 30 to 40 children said to be of Maldivian parents now living in detention camps in Syria, but insisted that there should be international involvement to screen the parents. “I don’t think we should say they can come back in the first flight they can catch,” he added.

Nasheed said the nation of 340,000 Sunni Muslims was keeping a close watch on any attempt to radicalise its population, which is known to practise a liberal form of Islam—and relies heavily on luxury tourism.

More than two thirds of the Maldivian parliament was spending a three-day holiday in Sri Lanka, to demonstrate it was safe for foreigners to visit the island after the deadly Easter Sunday attacks, Nasheed said.

In a chilling warning of the impact of terrorism on tourism, Sri Lanka’s thriving tourism sector is projected to lose at least $1.5 billion revenue this year with a 30 percent slump in the number of holidaymakers visiting the island. Nasheed and his legislators were staying at the luxury Cinnamon Grand—one of the three hotels hit by a local jihadi group which pledged allegiance to IS leader Abu Bakr al-Baghdadi—to show Sri Lanka was still a safe tourist destination.