Where Is Our Padman? 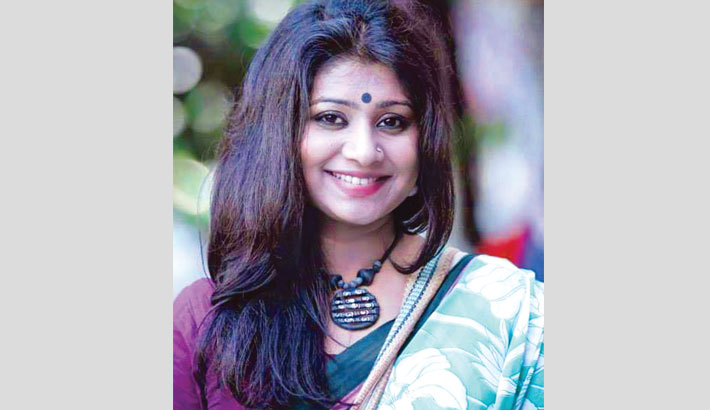 Padman is an Indian comedy drama film released in February 2018 with the intention of making rural people aware of menstrual hygiene. This film is written and directed by R. Balky. The story is about an ordinary Indian married man who becomes stumped to find out his newly wedded wife bleeding during her menstruation period. He has no idea about this so-called “feminine” matter, because talking about period is still a kind of taboo in the societies of Indian subcontinent including India and Bangladesh also. So, he tries his best to ease his wife’s discomfort. He buys a sanitary pad which is costly. His wife prefers to buy milk with that money. Women are not ready to bear the expense of a hygienic and safe option for feeling “normal” during periods. As a result, women get confined. Lakshmi, the protagonist of Padman, also gets embarrassed for getting involved in such womanly matter. However, he ultimately invented a machine which can make pads. He makes pads which are affordable and reasonable. The women from rural areas can afford to choose a healthy and hygienic option now. In this remarkable way, Lakshmi becomes the Padman. The story is based on the life of a real Padman named Arunachalam Muruganantham from Tamil Nadu who introduced low-cost sanitary pads for women of every class. In Bangladesh, the prices of sanitary pads are beyond the affordable reach for most of the women. This is why, we need a real Padman in our country too.

It is reported that in the urban areas, especially in big cities and towns, women are well aware of using pads of different companies during their menstruations. Most of the companies sell a packet of pad at 100 to 160 taka. This rate may not seem expensive to urban sophisticated working women, but it is not a reasonable price for rural working class women. In cities, almost 40-60% women use pads. But if we think of looking at a broader picture, we will find the percentage alarmingly low. In Bangladesh, only 10-12% women use pads during their periods. The rest uses cotton, unhygienic clothes and even disposable tissue papers. These materials are not at all good for health. If a woman’s health is not well, the whole nation will suffer. A woman has to bear child. She is capable of bearing child because she has her cycle regular. So, her periods should be gently and cleanly taken care of.

It is very unfortunate that still we do not discuss such important issue like period in public. A woman still feels embarrassed if she suddenly bleeds in a public place. Our patriarchal mindset has taught us to remain shut both verbally and non-verbally on these matters. Usually, when an adolescent girl has her period, she misses her classes in school. She is taught that period is one kind of burden and obstacle which does not let a woman lead a normal life for 5-7 days. A girl is brought up with this ideology. As a result, when she becomes an educated and working lady, she unconsciously tries to skip her regular duties during period. For this unnecessary reason, women are lagging behind. If one cannot move freely, she will not be able to do her jobs properly. Sanitary pads let women move around with confidence.

After joining as a maid servant at my place, my assistant (I love to call her so) had her period within just a week. She became very nervous and weak. After asking her, she hesitantly assured that she had her red signal on. In front of her, I told my husband to buy pads for her while returning home from office. She got shocked and surprised at the same time, because she was never provided with pads before and that too bought by a “male” guardian. She, being a 14 years old adolescent village girl, did not know how to use a pad. I bought necessary items for her and taught her. It is never a taboo. I have a son and two daughters of my own. If my son is not properly informed about these issues, how can he help his sisters and other women around? My father and brother understood and helped me during my periods since we had a very friendly and sharing childhood. My husband has no sister, still he knows these things. I am glad that my parents-in-law did not keep these “feminine” matters rigid and unspeakable.

However, my financial state has always supported me to buy a packet of sanitary pads every month. But what about the majority of women who are like my assistant? They prefer buying food to pads. Pads, for them, are luxury, not necessity. In my opinion, if they find low-cost pad, they will buy it for sure. After all, everyone is supposed to prefer healthy options for living. So, is there any Padman out there who will kindly make machine to produce pads for rural women? Even one of the current pad making companies can become a Padman by reducing the vat on sanitary napkins. Let’s say “no” to the vat on sanitary napkins. Let’s say “yes” to the production of low-cost pads. Padman, we are looking forward to witnessing a change brought by you.