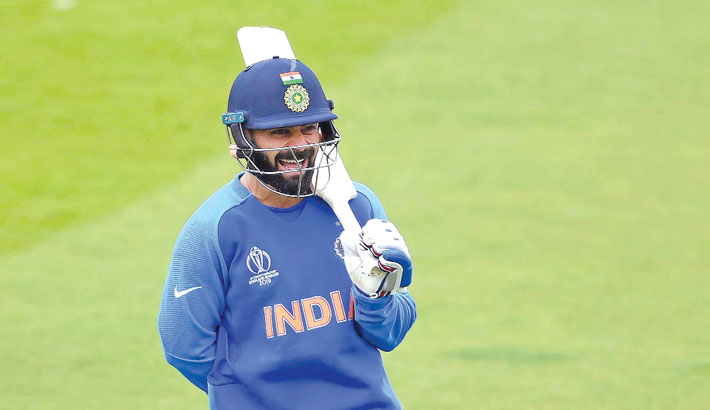 India skipper Virat Kohli prepares to bat in the nets during the training session at Trent Bridge in Nottingham, England on Wednesday, ahead of their World Cup match against New Zealand today. — AFP PHOTO

The right-arm paceman will be spending much of his 28th birthday trying to tame a formidable Indian batting order headlined by Virat Kohli and Rohit Sharma, the top two batsmen in ODI rankings.

“They’re world-class players, you’re not going to blow them out of the water, but if you can build up enough pressure against them and then create a half-chance, that could be the wicket and you can then build from there,” Ferguson told reporters on Tuesday.

“Obviously, they’re playing some great cricket and they’re one of the top teams in the competition but we’re definitely looking forward to the opportunity of playing them in England and we haven’t played them for a while in England.”