Who Does Poet Nazrul Belong to? 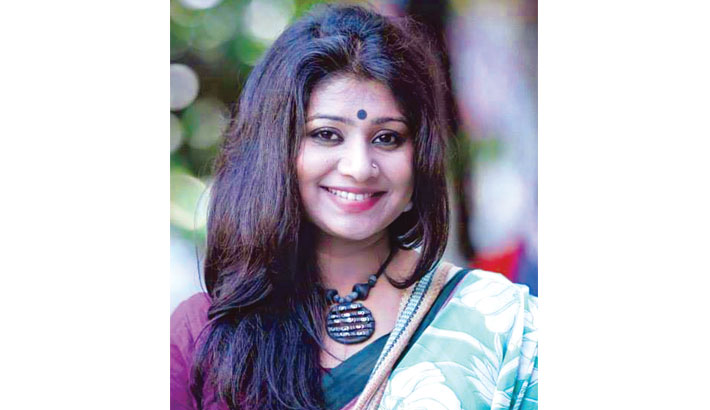 Kazi Nazrul Islam is one of the most prominent and extraordinary writers this world has ever produced. He is acclaimed to be the "national poet" of Bangladesh. He is the "national" poet not in the conventional sense, but in its truest sense. He is probably the first and foremost Bengali poet who has written literary pieces for the common people. He wrote poems, novels, stories and essays for the oppressed commoners regardless of their class, religion, gender and profession. This is why he is called the "rebel poet" of Bengal. The bard is often called the "anarchist" poet too for raising his bold and straightforward voice against all forms of oppression. The father of the nation Bangabandhu Sheikh Mujibur Rahman dreamt of a nation where capitalist class would not be able to dominate the working class, women would get their due respect and patriarchy would not tie them in its shackles. Kazi Nazrul Islam had the same vision. He rightly worked for fulfilling this dream from his own position. He composed brilliant poems and essays which added a different dimension to the world of literature. Although Nazrul is a non-communist, he is often misunderstood to be a keen supporter of Muslim community and sometimes a profound sympathiser of Hindu community. Now, the vital question is who does poet Nazrul belong to?

The answer is simple. It lies in his life and works. Kazi Nazrul Islam was born on 25 May in 1899 in British-ruled India. He was born in a Muslim Kazi family. He received religious education from maqtab, madrasa and dargah. He thoroughly learned the holy Quran, various Hadiths, Islamic philosophy and theology. Later in his early life, he worked as a muezzin in a local mosque. He internalised Qur’anic verses and wrote many poems using the rhythm and rhyme scheme. In many of his poems, Nazrul alluded Islamic figures and words from the scriptures. For this reason, he is a very popular poet among Muslims. Another interesting reason is inclusion of the additional "Islam" in his name. When I was a teenager, there was a hilarious thing about Nazrul. I heard that Shibir students of Rajshahi University banned Tagore and claimed Nazrul to be their own poet. Nazrul, according to their claim, belongs to the orthodox Muslim community only. Their claim is only based on a little knowledge about Nazrul's works. They only read and recited his Hamd-e-elahi and Naat-e-rasul. Their little knowledge restricted Nazrul to a certain limit of belongingness. However, we will soon sing his famous song, "o Mon romjaner oi rozar sheshe elo khushir Eid".

There is a proverb in Bangla, "olpo bidya bhoyongkori" (a little knowledge can be dangerous). True! If you read one part of Nazrul, you will surely miss out the whole of him. He is tremendously brilliant in composing Shyama Sangeet, kirtan and bhajan as well. Many of his songs are played and performed as Bhaktigeeti. In that case, Nazrul may seem to be a Hindu sympathiser. He was very interested in theatre group. So, he joined Leto dol. From then on, he started reading Bangla and Sanskrit literature. He read Hindu scriptures including Purana. In many of his poems and songs, he wrote about Hindu god and goddesses. Now, let's focus on his personal life. Nazrul got married to Pramila Devi who belonged to an orthodox Hindu family. Both he and his wife had to face communal challenges to save their marriage in such a religiously conservative society. He even named his sons with both Hindu and Muslim names: Krishna Mohammad, Arindam Khaled, Kazi Sabyasachi and Kazi Aniruddho. Nazrul both theoretically and practically embraced noncommunism. 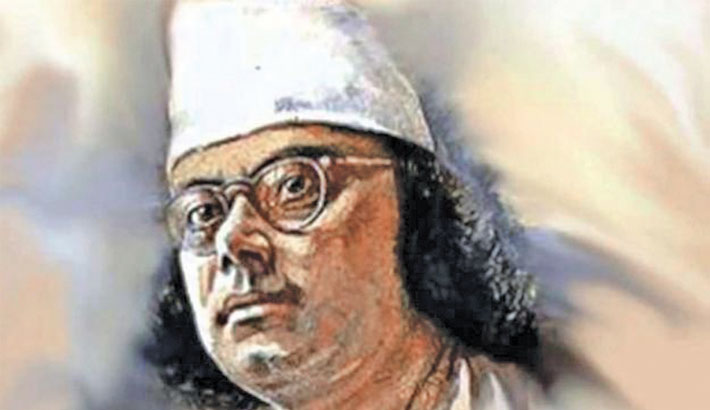 Nazrul was against all sorts of oppression. He sang the song of humans and humanities. In "Manush", he opened his poem declaring, "Of equality I sing / There is nothing greater than a human being, nothing nobler, / Caste, creed, religion - there is no difference, / Throughout all ages, all places, we are a manifestation of our common humanity". For him, nothing was more important than the rights and lives of common people. The religion of an individual never mattered to him. When the British started cleansing the ordinary life of people, Nazrul raised his voice and sang, "Are they Hindu or Muslim? Who asks? / Captain! Proclaim: The drowning fellows are my mother's children". Nazrul always embraced equality regardless of any religion.

The debate of Nazrul's religiosity should never take place if his works are studied well with an open mind. Nazrul wanted to locate and show the fanatical Muslims of Bengal who were polluting the true spirit of Islam. He wanted to ridicule the Hindu fundamentalists who worshipped women as goddesses and humiliated women as human beings. Nazrul's religious belief is, thus, human-centred. His works are against social and religious prejudice. He criticised humans who never stand beside poor, hungry and oppressed humans. Although many believe that Nazrul was a fascist, he was actually not the one. He can be called an anarchist who called upon everyone to act and react against oppressive super power. He called upon everyone to stay united. In the editorial section of Joog Bani in 1920, Nazrul wrote, "Come brother Hindu! Come Musalman! Come Buddhist! Come Christian! Let us transcend all barriers, let us forsake forever all smallness, all lies, all selfishness and let us call brothers as brothers. We shall quarrel no more". We must sing the song of equality altogether.

Kazi Nazrul Islam is such a poet who has a clear-cut socio-cultural position in the literary world. Nazrul once said, “Even though I was born in this country (Bengal), in this society, I don't belong to just this locale. I belong to the world". Yes, he belongs to all. He belongs to the world.