What a Save by Iker Casillas! 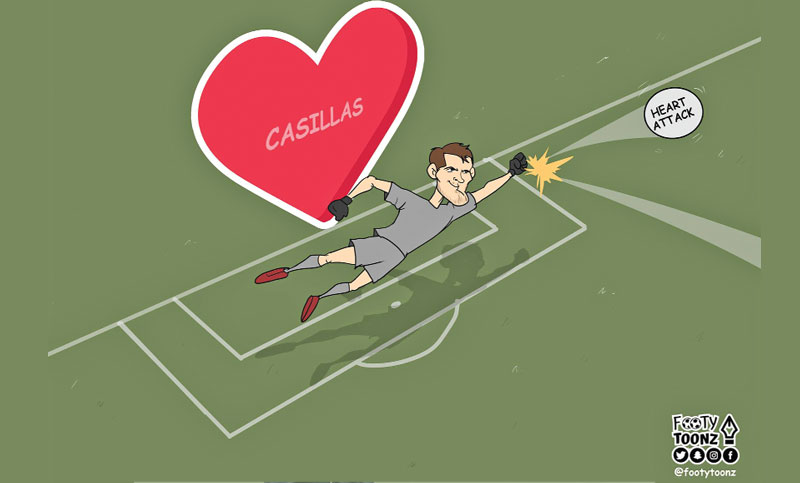 The 37-year-old was taken to hospital, the Portuguese club said in a statement, adding that the goalkeeper’s life was not in danger.

The legendary figure under the three-stick of football saved the attack of heart like he saved many goals throughout his successful career.

Casillas played 167 times for Spain, captaining his country to their first and only World Cup win in 2010 as well as the 2008 and 2012 European Championships.

Though he is recovered from initial threat, it is still unclear whether he will be able to play soccer again.