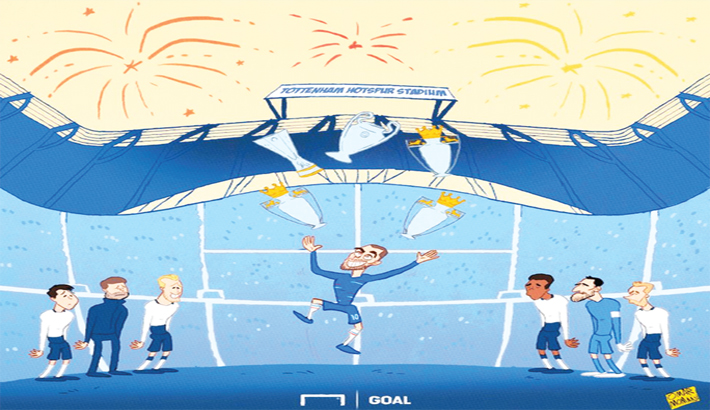 Eden Hazard believes Tottenham will continue to stay in Chelsea’s shadow, despite their London rivals moving into a new stadium.

Spurs have set their sights on becoming one of the biggest clubs in the world after building a ground that holds 62,062 supporters.

That is 20,000 more than Chelsea’s capacity and plans to redevelop Stamford Bridge into a 60,000-seat stadium have been put on hold.

It means the Blues could be years away from closing the gap.

But Hazard believes Chelsea’s record of silverware compared to Tottenham’s — they have picked up 15 major trophies in the past 16 years, compared to their rivals’ solitary League Cup success — cannot be ignored.