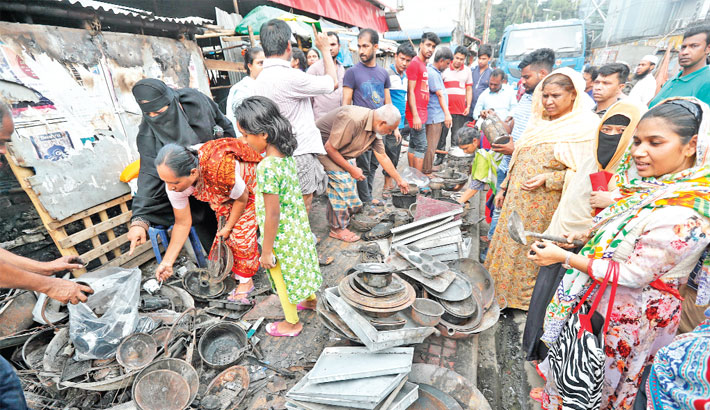 Selling Off The Salvage : People browse through salvaged goods as the traders of DNCC kitchen market do not have any place to store those since their shops were destroyed in the fire on Saturday morning. The products were being sold at much lower prices than the actual prices. The snap was taken on Sunday. -—Reaz Ahmed Sumon

In the meeting, two decisions were taken. One of the decisions is -- making people understand about the reasons of fire and their activities during the incident.

The publicity of mass advertisements will be done to make people aware. Audio and visuals will be released and aired through mass media.

Another decision is -- formation of a compliance team comprising DNCC, BUET, Fire Service and Civil Defence and different societies.

The team will visit various buildings of the DNCC area to know whether there have enough fire safety measures.

Besides, the team will inspect educational institutions, hospitals and markets.