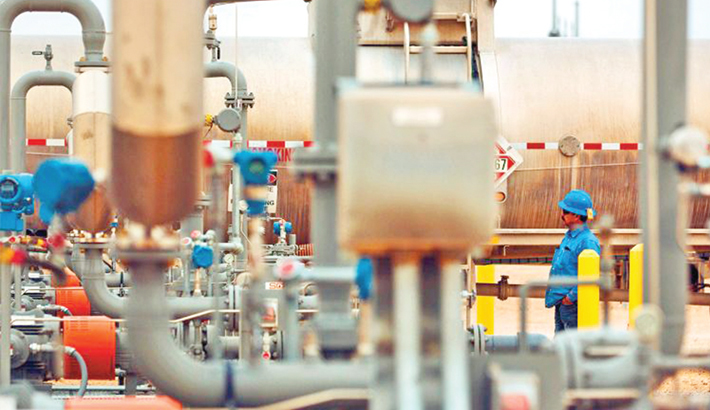 A worker unloads crude oil from a tanker in Loving County, Texas. US president Donald Trump would like to see oil trend around $60 per barrel.

Abu Dhabi: Oil prices are expected to rise by at least $5 per barrel if the US administration does not extend Iran sanction waivers granted to eight countries following the reimposition of sanctions on the Islamic Republic late last year, analysts said.

“If [US President Donald] Trump does not renew waivers and takes Iranian exports off the market, we expect oil prices to rise by approximately $5. A final figure around this number also depends on the timing of disruptions from Venezuela,” said Jaafar Al Taie, managing director of Manaar Energy group, report agencies.

The comments come as international benchmark Brent trades above $67 per barrel on the back of output cuts by Opec and non-Opec members as well as disruption in supplies in Venezuela and Iran following sanctions by the US government.

Al Taie also said US president Donald Trump would like to see oil trend around $60 per barrel, as both shale producers as well as US consumers would be happy about the price range.

“Trump will try to keep the price at the current levels of around $65 per barrel. It can’t be too high because US consumers don’t like it and it can’t’ be too low as shale producers don’t like it. He (Trump) has to walk this fine line and right now 55 to 65 per barrel is comfort level for Trump,”

The US administration is due to take a decision on this matter in the coming days, which is expected to have a direct impact on oil prices.

Saudi Arabia and a number of other oil producers increased production late last year in the belief that US sanctions would sharply reduce Iran’s export ability and there would be a shortage of oil in the market. But Trump granted waivers to eight countries leading to drop in oil prices due to oversupply.