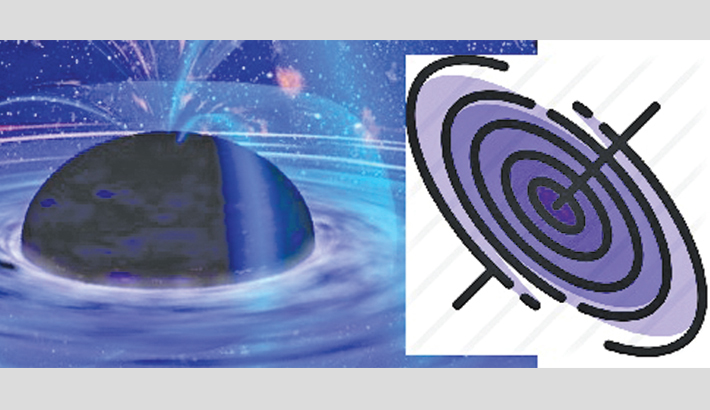 Astronomers have discovered 83 quasars powered by supermassive black holes 13 billion light-years away from the Earth, from a time when the universe was less than 10 per cent of its present age.

“It is remarkable that such massive dense objects were able to form so soon after the Big Bang,” said Michael Strauss, a professor at Princeton University in the US.

“Understanding how black holes can form in the early universe, and just how common they are, is a challenge for our cosmological models,” Strauss said in a statement.

This finding, published in The Astrophysical Journal, increases the number of black holes known at that epoch  considerably, and reveals, for the first time, how common they are early in the universe’s history.

In addition, it provides new insight into the effect of black holes on the physical state of gas in the early universe in its first billion years.

Supermassive black holes, found at the centers of galaxies, can be millions or even billions of times more massive than the Sun. While they are prevalent today, it is unclear when they first formed, and how many existed in the distant early universe.

A supermassive black hole becomes visible when gas accretes onto it, causing it to shine as a “quasar.” Previous studies have been sensitive only to the very rare, most luminous quasars, and thus the most massive black holes.

The new discoveries probe the population of fainter quasars, powered by black holes with masses comparable to most black holes seen in the present-day universe.

The team used data taken with “Hyper Suprime-Cam” (HSC) instrument, mounted on the Subaru Telescope of the National Astronomical Observatory of Japan, which is located on the summit of Maunakea in Hawaii.

They then carried out an intensive observational campaign to obtain spectra of those candidates, using three telescopes: the Subaru Telescope; the Gran Telescopio Canarias on the island of La Palma in the Canaries, Spain; and the Gemini South Telescope in Chile.

Together with 17 quasars already known in the survey region, the researchers found that there is roughly one supermassive black hole per cubic giga-light-year.