Get your deal now or delay Brexit 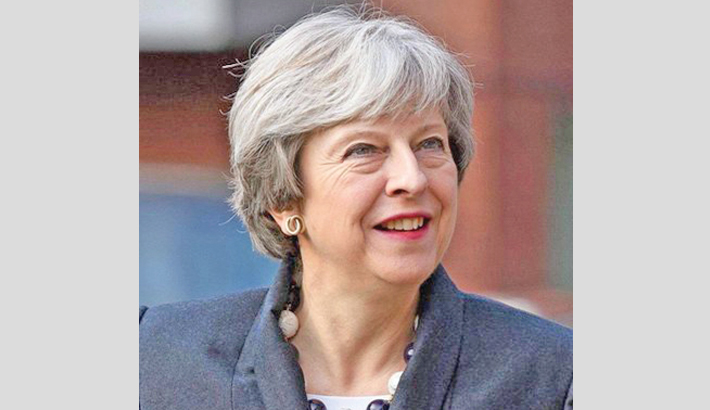 LONDON: Three members of Prime Minister Theresa May’s cabinet warned Saturday that Brexit must be delayed if she cannot persuade the British parliament to back her EU divorce deal next week, reports AFP.

May is currently scrambling to secure changes to the divorce text she struck with the bloc in November, hoping to win the support of MPs who last month rejected the deal by a massive margin.

“If there is no breakthrough in the coming week, the balance of opinion in parliament is clear—that it would be better to seek to... delay our date of departure rather than crash out of the European Union on March 29,” the ministers wrote in the Daily Mail newspaper.

They added: “Beyond the next few days, there simply will not be time to agree a deal and complete all the necessary legislation before March 29.”

But they warned that leaving the EU with no deal would “severely” damage the economy, weaken national security and risk the break-up of the UK.

May was in Brussels this week for talks with European Commission president Jean-Claude Juncker, and will meet European Council president Donald Tusk on Sunday at an EU-Arab League summit in Egypt.

She has promised to update parliament on her efforts on Tuesday and either put the new deal to a fresh vote of MPs or allow them on Wednesday to debate their own ideas for the way forward.

One of these is expected to be a plan to delay Brexit to avoid a “no deal” scenario.

The ministers warned their hardline Brexit-supporting colleagues who continue to oppose May’s Brexit deal that MPs will not allow Britain to leave the EU with no deal by default.

“If that happens, they (the eurosceptics) will have no-one to blame but themselves for delaying Brexit,” they said.