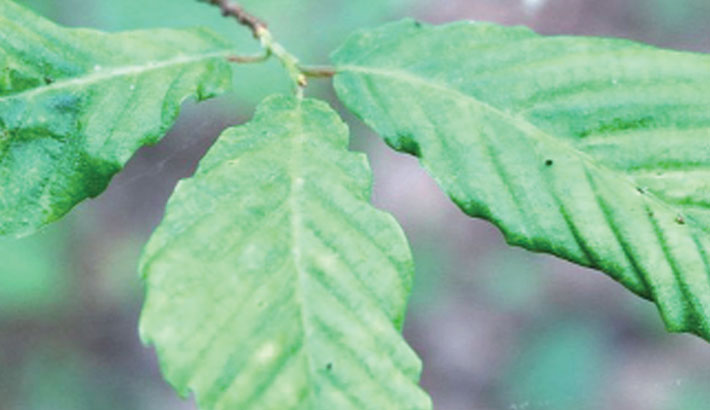 A mysterious disease that is killing beech trees is spreading across parts of the United States, reports BBC.  Scientists say the disease, known as Beech Leaf Disease, has been recorded in Ohio and Pennsylvania, and parts of Ontario in Canada. They say the cause of the tree killer needs to be identified in order to halt the spread.

It is expected to spread widely if the deadly pathogen becomes established in the wider environment. In the UK, beech trees are widespread and are the main species in many woodlands. The tree is often referred to as a queen species, second only to the oak.

“The initial symptom is a dark staining pattern on the leaves,” explained Carrie Ewing, a PhD student from Ohio State University.

“Later, it seems that the leaves become shrivelled, almost leathery in texture. Eventually, the tree will die.”

Initial studies suggest that there is no sign of insect infestation or the presence of other vectors, adding to the mystery of how the disease is spreading.

Ms Ewing’s colleague, Prof Enrico Bonello, added: “We don’t quite understand how that transition from the banding to the stage where the leaves become all crinkled up and become very leather.