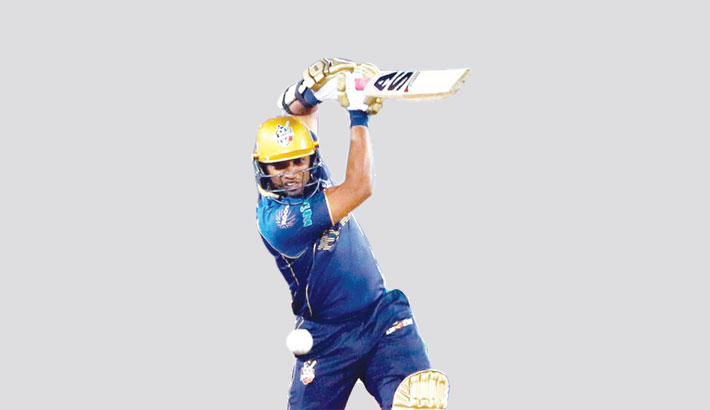 Despite being a household name of Bangladesh’ domestic cricket, Rony Talukdar has featured in just one T20I for Bangladesh. That was the only chance provided to him by the selectors after making headlines with his brilliant performance back in 2015 He has returned to the spotlight with his consistent batting brilliance throughout 2018-19 season and also in the recently concluded Bangladesh Premier league (BPL).

After Dhaka became the runners-up of the sixth edition of BPL, Rony came out as the top scorer of the team, that had T20 superstars like Shakib Al Hasan, Andre Russel, Kieron Pollard and recently-turned-all-rounder Sunil Narine in their line up where he scored 317 runs in 13 innings featuring three half centuries with a strike rate of 140.26.

Apart from BPL, Rony’s form has also been consistent in 2018-19 season in domestic cricket. He has been the fifth highest run-getter in National Cricket League with 426 runs in 4 matches and 460 runs in 6 matches in Banladesh Cricket League (BCL) being the fourth highest scorer of the tournament respectively.

Rony felt he had no other option but to perform with the bat to make a strong return to the spot light. He said he had to do a lot of hard work to achieve that.

“I worked a lot because I had to perform to grab the attention (of the selectors) and as it has happened for me. It feels great when runs come out of your bat,” Rony said.

After Tamim Iqbal’s tornedo for Comilla Victorians which gave Dhaka a target of 200 runs to chase in the final of BPL, the match was curving to Dhaka when Rony Talukder and Upal Tharanga took matters in their own hand after Dhaka’s opener Narine’s early dismissal. Dhaka fans could smell their fourth BPL glory was in cooking with Rony’s 66-run knock.

The right handed batsman said he still regrets as he couldn’t stay on the pitch for couple of overs more and feels frustrated about his run out.

“It’s really unfortunate to be run out when you are in a mood of making runs. It was the same against Rangpur in the second qualifier,” Rony showed his frustration for his run out against Dhaka in the final.

“Tamim batted really well. So it is already tough for us but slowly the scenario was turning into our side. The result could have been different if I could bat 2-3 overs more.” Rony added.

The 28-year-old batsman feels he has improved his batting with the advice of Shakib Al Hasan. He also credited Dhaka’s coach for giving him the confidence to flaunt his skills.

“Shakib Bhai advised me how bat in a critical situation. He (Shakib) said that when I can finish the innings with a confidence then I can become a great batsman,” told Rony.

“Coach Sujon Bhai gave me confidence. He said I can bat in any position I want. That helped me play without much pressure. That helped a lot.” Rony, who batted regularly in the first down position for Dhaka Dynamites concluded.

Meanwhile, Rony hopes to return to national side keeping up his fine form at the domestic circuit. He insisted that he will work hard to keep his name among the top four scorers in the forthcoming Dhaka Premier League.