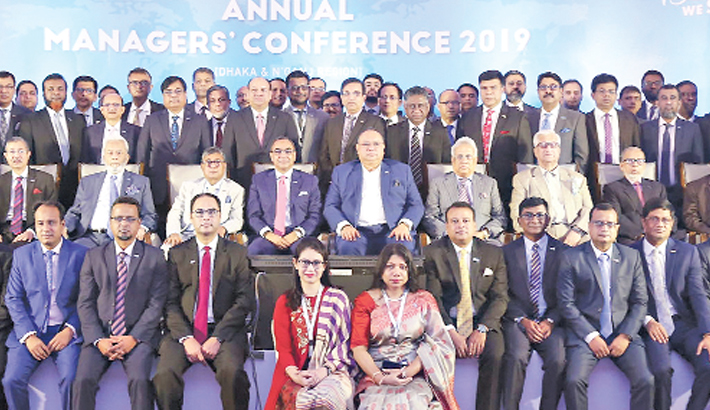 Dhaka Bank Chairman Reshadur Rahman poses for a photo with participants of the annual managers’ conference of the bank at a hotel in the capital on Saturday.

Dhaka Bank Limited organised the annual managers’ conference for 2019 at Le Meridien in the capital on Saturday.

Reshadur Rahman, Chairman of the Board of Directors of Dhaka Bank Limited, inaugurated the conference as the chief guest while Syed Mahbubur Rahman, Managing Director and CEO presided over the conference, said a press release.