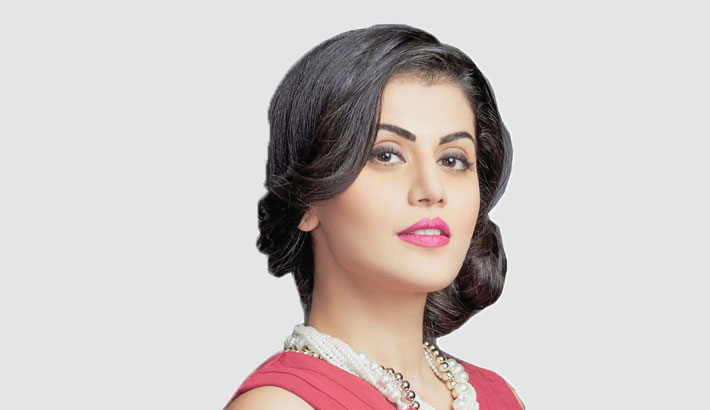 Bollywood actress Taapsee Pannu says she does not fear failure and that translates into her performances. After “Mulk” and “Soorma”, she is gearing up for her third release of the year “Manmarziyaan”.

“As an individual, I have no fear of failure…I think that translates on-screen in my performances. While I do my work with a sense of honesty, I tell myself, what is the worse that can happen? I fail right? So, will I stop living after that? No. I will try again,” Taapsee told IANS.

“If my films fail, I will work on something else, my life will not end. And the film is not the end all of my life. Perhaps that confidence and sense of security from within me drives me to choose all these films that I have chosen so far,” added the actress, known for powerful roles in projects like “Pink”, “Baby” and “Naam Shabana”.

Apart from acting, Taapsee also ventured into a wedding planning business partnering with her sister Shagun and is planning to start her café soon.

Asked whether these different ventures help her grow as an artiste, she said: “Well, it surely expands the horizon. Like now, I am planning on opening a café but it is just on that idea level. Once I have time and man power, I will execute the idea. My point is that I will do different things that are not attached to my acting career. So tomorrow, if I have to leave this profession, the other venture should not have a string attached to that. It is good to have a life beyond films.”

“Manmarziyaan” is a love triangle set between two men played by Vicky Kaushal and Abhishek Bachchan who falls in love with one woman. The film is releasing on September 7.

Giving an insight of her character, Taapsee said: “One of the admirable quality of my character Rumi is that she is very relatable. She is outspoken, little confused, think from the heart and that surely puts her into trouble.

I think her outspoken nature is something that I so can relate to.”

How has equation with people of the film fraternity changed?

“I do not socialise that much so do not know about that, but I must say that I get better scripts to choose from these days.

Of course, success changes certain things, people treat me with more respect and they want to know my opinion and point of view about a script if I did not like it. I think finally my hard work is paying,” she said. —IANS