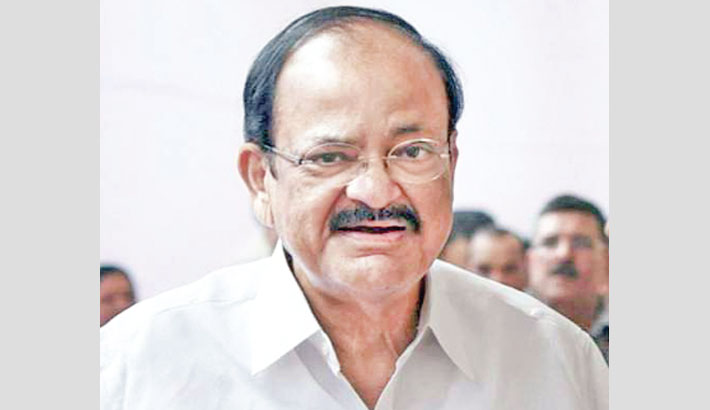 New Delhi: Discrimina-tion on the basis of religion, caste or gender is unacceptable to any “nationalist” and this approach should be followed by everyone, Indian Vice-President Venkaiah Naidu said Sunday, reports PTI.

Naidu, who is also the Rajya Sabha Chairman, called for deciding upon a national policy on the need for the Upper House in state legislatures, and urged political parties to evolve a consensus on the code of conduct for their members both inside and outside legislatures.

Noting that the last session was called the “Session for Social Justice”, Naidu said it was important to consider and pass legislations that reflect collective commitment to social justice.

“In order to build a more inclusive society, there is a need to move towards ensuring proportional representation of all groups, especially those which have till now been under represented,” he said.

There is a need to cleanse politics, strengthen parliamentary and governance institutions, give a big push to next level of reforms to harness the entrepreneurial and economic potential, harness the energies of young India, and ensure sustainable and remunerative agriculture, Naidu said.

He also called for upholding the rich traditions of cultural diversity and nationalism.”Nationalism, according to me—Bharat Mata ki Jai...it means ‘Jai Ho’ to all the 130 crore people irrespective of their caste, creed, sex or religion.