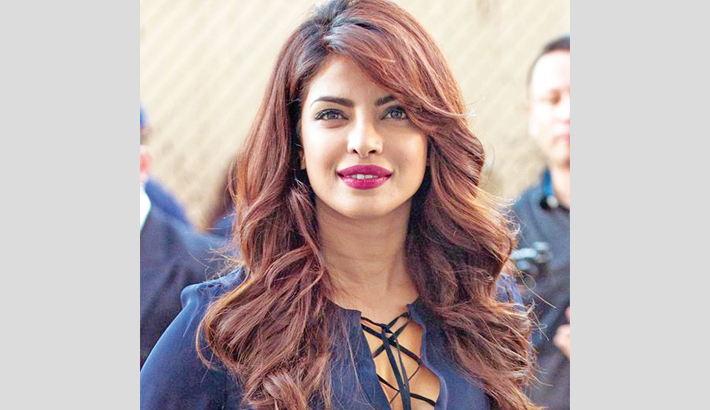 Bollywood actor Priyanka Chopra on Sunday began prep for her upcoming film The Sky Is Pink. Helmed by Margarita with a Straw director Shonali Bose, The Sky Is Pink revolves around Aisha Chaudhary, who became a motivational speaker after being diagnosed with pulmonary fibrosis at the age of 13.

A source had earlier told Indianexpress.com, “The movie is based on Aisha’s life and her book My Little Epiphanies. Priyanka and Farhan will play her parents’ role. Zaira Wasim will be portraying Aisha’s role in the film.”

The Sky Is Pink won the Script Pool Award at the Tallinn & Baltic Event 2017 Awards. Talking about the film, the jury in a statement said, “The script is a complex narrative about fate. How does a girl who is suffering from a life-threatening disease feel? Aisha tells us her fate in a nonlinear way as a love story of her parents. The script is about to become an extraordinary experience that can truly inspire, challenge and entertain audiences when it is further developed in a consequent way.”

While Aisha Chaudhary was diagnosed with pulmonary fibrosis, her medical condition didn’t deter her spirit. At a very young age, she started speaking on platforms like TEDx and INK among others. With her never say die attitude, she inspired people. Unfortunately, at the age of 18, Aisha bid adieu to the world.