BNP to take part in next national polls: Qamrul 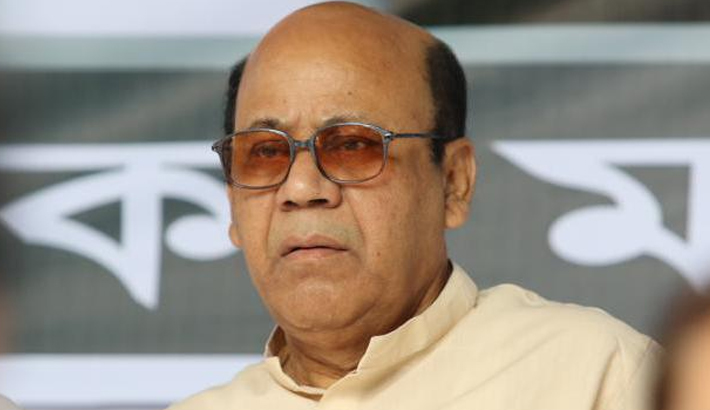 Food Minister Qamrul Islam believes that its arch-rival BNP will participate in the national elections though it has laid down certain conditions.

“I reckon BNP will take part in the polls,” he said.

Qamrul, also a member of Awami League (AL) central body, was speaking at a discussion marking the 107th birth anniversary of Pritilata Waddedar, a Bengali revolutionary nationalist during the British rule, at Dhaka Reporters Unity in the capital on Saturday. Bangabandhu Sangskritik Jote arranged the event with its adviser Chitta Ranjan Das in the chair. The minister said election will be held on time and Sheikh Hasina will head up the election-time government no matter what BNP demands.

“None will be spared if they intend to foil the elections, harm public life, property and unleash arson attacks,” he said. The minister said that there is no crisis throughout the country right now. “There is no possibility of holding talks or any negotiation over elections. We want participatory elections. So we urge all to participate in the national polls,” he said.

About participation in the polls-time government, Qamrul said BNP will not have the opportunity to take part in the government.

“BNP will not get the chance, as it has no representation in parliament,” he said. Among others, justice AHM Shamsuddin Chowdhury Manik and Sarah Begum Kabari spoke on the occasion.