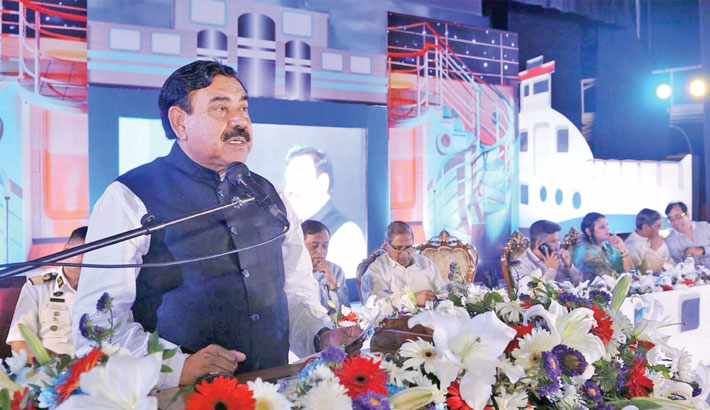 Shipping Minister Shajahan Khan on Thursday said no launch accident has taken place in the country in last three years as the vessel owners and people have become aware of the matter due to government’s initiative.

The minister also mentioned government’s stance on maintaining law on vessel construction while addressing inaugural ceremony of ‘Maritime Safety Week’ at Bangladesh Shishu Academy in the capital on Thursday.

The Ministry of Shipping observes the week at river and sea ports of the country, including Narayanganj, Barisal, Chandpur, Patuakhali, Chittagong, Mongla and Payra ports with an aim to raise awareness on shipping journey among people.

Shajahan Khan said the rivers and the ships are the driving force in the socio-economic development of a country.

“Bangladesh is now on the highway of development under the dynamic leadership of Prime Minister Sheikh Hasina, he said, adding that the government has allocated a huge number of development budget to boost up the shipping industry.”

The minister said the government has taken proper steps to demolish the illegal establishments on the banks of the rivers.

In the function, a total of 13 individuals and organisations received awards for their outstanding contributions in the shipping sector.

Chairman of Parliamentary Standing Committee on Shipping Ministry Major (retd) Rafiqul Islam, lawmakers Nur-e-Alam Chowdhury and Jebunnessa Afroze and Director General of the Department of Shipping Commodore Syed Ariful Islam, among others, addressed the inaugural function while Shipping Ministry Secretary Abdus Samad was in the chair.