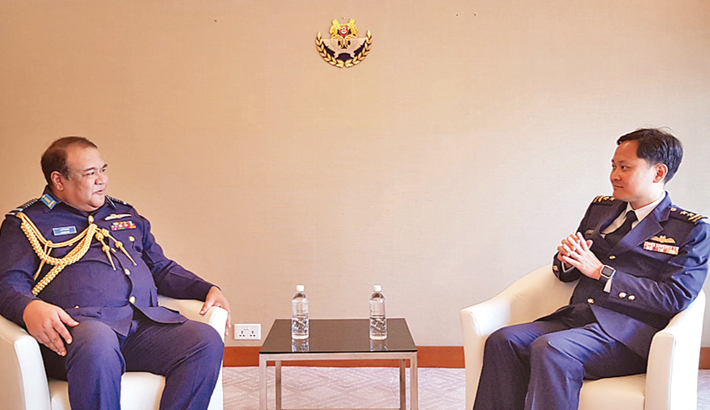 Chief of Air Staff Air Chief Marshal Abu Esrar calls on the chief of air staff of Singapore at the latter’s office during his seven-day visit to Singapore. -ispr Photo

He also exchanged views with the chief of Singapore Air Force and other senior military and civil officials from different participating countries.

The visit of the chief of air staff will play an important role for strengthening the existing friendly relationship between Armed Forces of two countries as well as for inducting new aircraft and technology in BAF.