Srabanti to share screen with Taskeen, Tahsan in ‘Jodi Ekdin’ 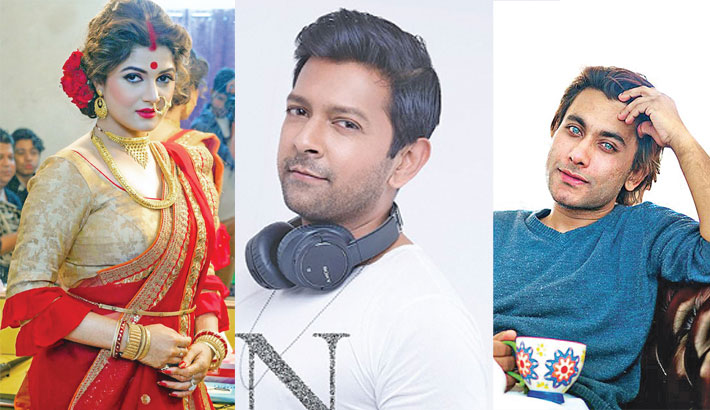 The actress will be seen filming with popular actors Tahsan Rahman Khan and Taskeen Rahman in the movie, the actress will portray the character of Aritri in the film.

Director Raz, who gradually took a crunch and successfully ventured into productions for the silver screen, is set to make a smashing back with his new film “Jodi Ekdin.”

Raz has announced the news through Facebook live on Thursday.

The director went on to clarify that the Indian Bangla actor has completed the legal process and eventually received the work permit from the government.

However, this is not the first time Srabanti is being featured in a Bangladeshi film. Earlier, the actor worked opposite Shakib Khan in ‘Shikari’, an Indo-Bangla joint venture film.

Produced by Bengal Multimedia Limited, this film is the fifth feature film of Raz.

Taskeen Rahman is a Bangladeshi actor notable for playing the antagonist in 2017 film Dhaka Attack.

Srabanti Chatterje is an Indian actress who appears in Bengali films. Srabanti primarily works in cinema of West Bengal, based in Kolkata. She started her career in 1997 in Mayar Badhon. She also appeared in few telefilms for ETV Bangla. Her first major role was in 2003 superhit film Champion. After a hiatus of five years, Shrabanti acted in 2008 film Bhalobasha Bhalobasha. This was followed by a number of films in the upcoming years, including several box office hits. In 2013, she acted in Aparna Sen's Goynar Baksho.

He obtained a BBA Marketing and an MBA Finance from Institute of Business Administration, University of Dhaka.

He earned his second MBA with a Fulbright Scholarship from Carlson School of Management, University of Minnesota in 2010.