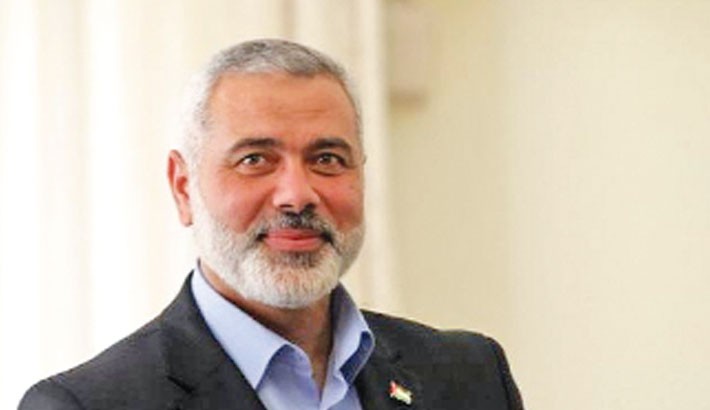 Haniya, seen as a pragmatist within the movement, is expected to remain in the Gaza Strip, the Palestinian enclave run by Hamas since 2007, unlike Meshaal who lives in exile in Doha and has completed the maximum two terms in office.

He beat contenders Mussa Abu Marzuk and Mohamed Nazzal in a videoconference vote of the ruling council’s members in Gaza, the West Bank and outside the Palestinian territories.

The 54-year-old with a salt-and-pepper beard takes charge of Hamas as it seeks to ease its international isolation while not marginalising hardliners within the movement.

On Monday, it unveiled a new policy document easing its stance on Israel after having long called for its destruction.

The document notably accepts the creation of a Palestinian state in the West Bank, east Jerusalem and Gaza, the territories occupied by Israel in the Six-Day War of 1967.

It also says its struggle is not against Jews because of their religion but against Israel as an occupier.

The original 1988 charter will not be dropped, just supplemented, in a move some analysts see as a way of maintaining the backing of hardliners.