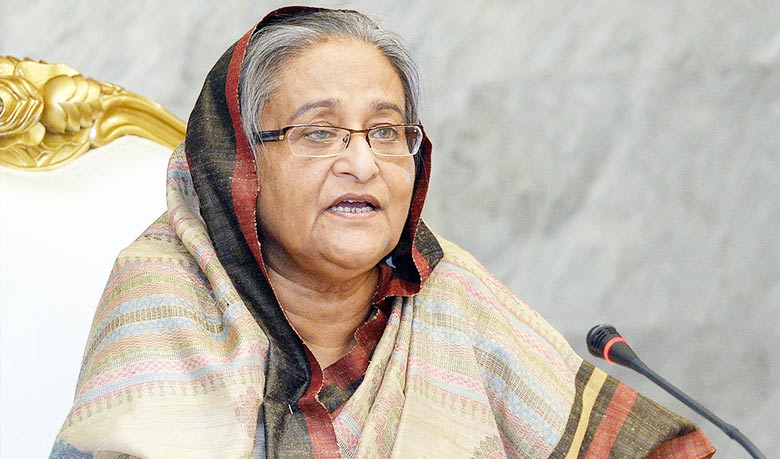 The government today announced two-day state mourning in memory of the persons who lost their lives in the terrorist attack in the capital last night. Prime Minister Sheikh Hasina announced this in her address to the nation on Saturday evening. The state mourning will be observed on July 3 and 4.

In her speech the premiere blamed people 'who failed in the process of democracy' for the attack and called on the citizens to stay united against 'evil forces'. PM also requested the citizens to keep trust her in the fight against terrorism.

Earlier in the day, the premier condemned the attack on Dhaka's diplomatic zone cafe Holey Artisan Bakery, popularly known as Holey Bread, that left 20 hostages killed, including at least 17 foreigners.

During the nation-wide mourning The National flag will be hoisted at half-mast, people will wear black badges and prayers will be offered in mosques, temples, churches and all other places of worship on the days.

In her address to nation the premiere said, 'few armed terrorist' were responsible for this attack. 'In this month of holy Ramadan when pious Muslims were preparing for nights prayer, the attack in this very time is surely an attack against religiosity and humanity. This barbaric and cowardice attack is unprecedented in Bangladesh- the country of communal harmony,' she added.

PM said, 'Immediately after the news of attack broke out, my government started to take steps to bring the situation under control. Members of Police, Border Guard, Rapid Action Battalion and other law enforcing agencies rushed to the spot and started rescue efforts.'