Prime Minister Sheikh Hasina lauded her Indian counterpart Narendra Modi led initiative towards rescuing students of her country who were stuck in eastern Europe following the outbreak of the Russia-Ukraine conflict.

In a free-wheeling television interaction with South Asia’s leading multimedia news agency ANI, Sheikh Hasina, who is set to visit India on Monday, also lavished praise on the Modi government's gesture of providing Covid-19 vaccines to neighbouring countries under its Vaccine Maitri programme when the pandemic was fast-spreading.

She emphasized on closer cooperation between the two next door neighbours.

There can be differences but these should be addressed through dialogue, she said adding that in a number of areas, India and Bangladesh had precisely done that.

She, however, marked out two areas for special praise where the Indian government's support helped Bangladeshi citizens. One of these was the evacuation of Bangladesh students, who like many Indians, were stuck in Ukraine and its neighbouring countries after the outbreak of the conflict.

"I really would like to express my thanks to the Prime Minister that during this war between Russia and Ukraine, many of our students were just stuck and they came to Poland to shelter. But when you evacuate your students, Indian students, they also brought our students back home. So it is really... You have shown a clearly friendly gesture. I thank the Prime Minister for this initiative," Sheikh Hasina said.

She was responding to a question about remarks often made especially by western observers that there was a lack of cooperation among SAARC nations.

To another question about the Indian government's Vaccine Maitri programme, Sheikh Hasina said it was a very "prudent" initiative taken by Prime Minister Modi.

"I really thank Prime Minister Modi for this initiative, and that way he... you know, contributed vaccines to not only Bangladesh, also some south Asian countries, and it's really very very helpful. And it's a really prudent initiative he has taken, and besides that we bought vaccines with our own money, and also many other countries also contributed," Hasina said.

Sheikh Hasina also gave details about her country's vaccination programme. Bangladesh has administered Covid-19 vaccines to 90 per cent of its population.

"Usually, you know, people from our country, especially the village level, even in some towns also, I found many people very much reluctant to take vaccine. They don't want to take the... you know... the pinch of needle or 'sui nai lena hai' so... but we have to pursue them. We told them that this is nothing but it will save your life. So that way we engaged everybody, so that they make people... so it was really very good initiative, this Vaccine Maitri itself... very good initiative. I really support," she said.

Sheikh Hasina referred to India as a "tested" friend and said that the country had stood by Bangladesh in its hour of need, first in 1971 and then at later times also.

"We always remember their contribution during our 1971 war. And besides that even 1975, when we lost all my family members. So, the then Prime Minister, she gave us shelter in India. Besides that, you see, these two countries, we are neighbours, close neighbours and I always give importance and priority to friendship with our neighbouring countries," she said.

The relationship between the two countries should be for the betterment of their citizens, she said.

Sheikh Hasina said even during the Covid-19 period, Indian leadership had shown their positive intentions as both, the then President Ram Nath Kovind and Prime Minister Narendra Modi visited Bangladesh as it celebrated its Independence Day.

"I really thank Prime Minister Modi and also your honourable president. Both of them visited Bangladesh when we were celebrating our father of the nation birth centenary and also our independence, 50 years of our Independence Day, and our friendship with India. India recognised Bangladesh early on, so that bonding, I think that is our main priority. That their visit at such a time, even that time there was a Covid-19 pandemic but beside that both of them honoured us, honoured our people," she said. 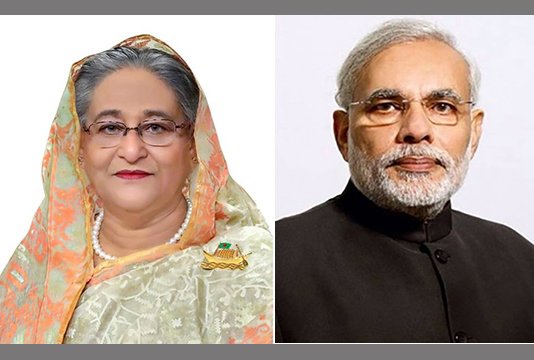 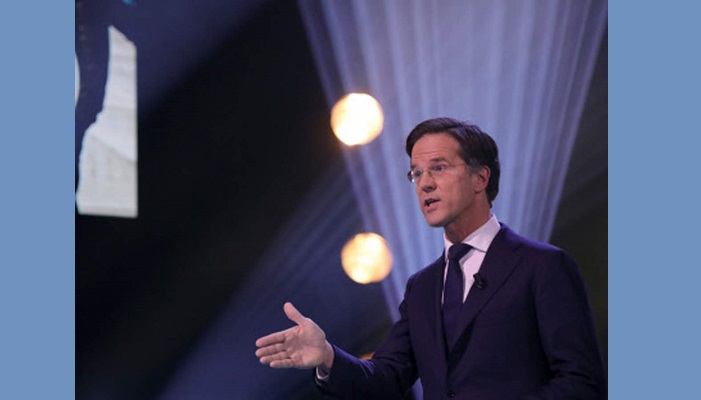