Ukraine's parliament, the Verkhovna Rada has outlawed Russian music from the country's media and public space, according to an announcement on its website. It was posted on Sunday.

According to Rada member Yaroslav Zheleznyak, 303 deputies supported the measure.

“Parliament also banned the import and distribution of books and other publishing products from the Russian Federation, the territories temporarily occupied by it, and from Belarus,” Zheleznyak wrote, adding that this move was supported by 306 out of the 450 members of the parliament.

The approved legislation amends several existing laws, including ‘On Culture,’ ‘On Cinematography,’ ‘On Television and Radio Broadcasting,’ ‘On Touring Events in Ukraine’ and several others.

According to the explanatory note to the bill, the law completely and indefinitely bans “public performance, public display, public demonstration, public use of phonograms, videos and music videos of singers who after 1991 were citizens of the aggressor state.”

The restrictions will not be applied to those Russian musicians who publicly renounced Moscow’s military offensive in Ukraine and thus could be added to a so-called ‘white list’ of performers. This list will be compiled and regularly updated by Ukraine’s National Security and Defense Council.

“An application for inclusion in the List shall be submitted to the Security Service of Ukraine by such person, or the person’s legal representative, tour organizer or right holder…” the bill reads.

The Rada’s vote came two days after the City Council Executive Committee of Nikolaev, a city in southern Ukraine, decided to ban the use of the Russian language in schools.

Earlier, street musicians in the western Ukrainian city of Ternopol were banned from singing in Russian.

Although restrictions on the Russian language have recently been picking up pace, the process far predates the launch of Moscow’s offensive. In March 2019, the Ukrainian government prohibited some 40 works of art due to their mention of Russian businesses, artists, social networks, internet portals, the USSR or Soviet political figures.

In 2019, a wide-ranging piece of legislation called “On ensuring the functioning of the Ukrainian language as the state language,” championed by then-President Petro Poroshenko, was passed. It officially made Ukrainian the only state language and decreed that it must be the primary language in many fields, including public administration, media, and education. Despite Russian being a common mother tongue in much of Ukraine and predominant in many cities in both the east and south of the country, it was not granted an exception in the law, although many of the provisions have been implemented gradually.

Moscow has been voicing concern for many years over the clampdown on the Russian language in Ukraine. 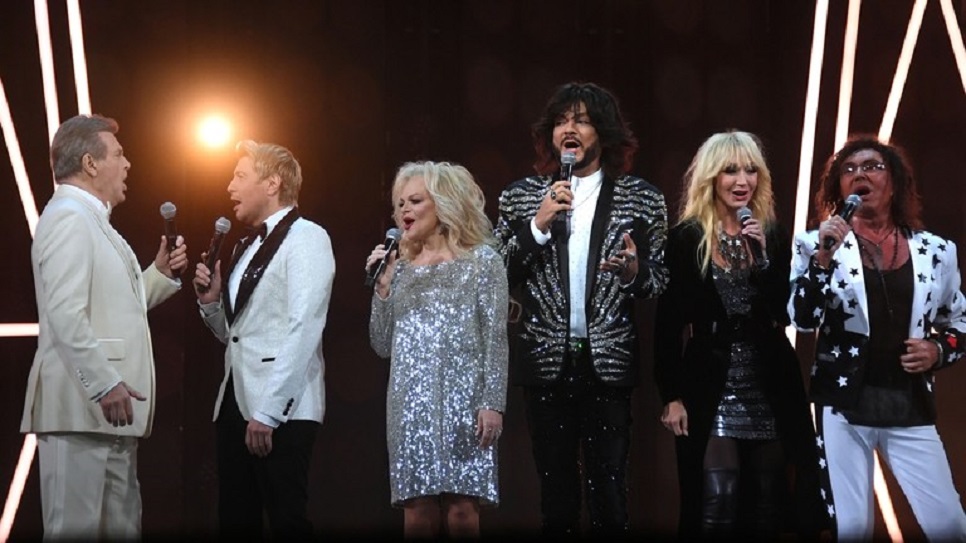 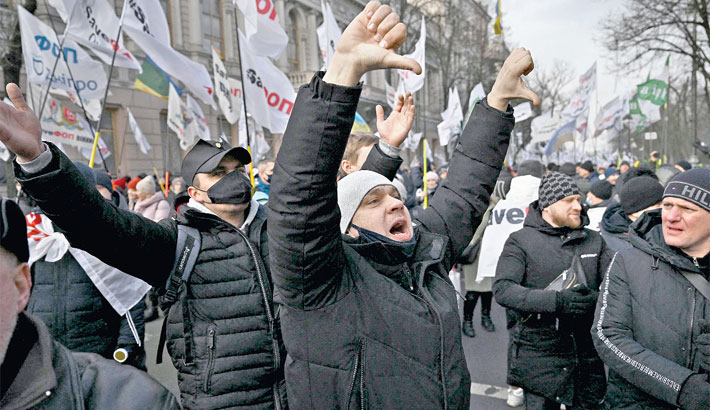 A man shows the thumbs-down as he takes part in a demonstration outside the Ukrainian parliament against high government taxes in small business in Kyiv on Thursday. Markets mostly rose on Thursday, as investors assess the situation in Ukraine after the West said Russia had not started withdrawing troops from its border, while minutes from the Federal Reserve's January meeting eased concerns it was set to hike rates sharply.